What Is a Gantt Chart?

A Gantt chart is a commonly used graphical depiction of a project schedule. It's a type of bar chart showing the start and finish dates of a project's elements such as resources, planning, and dependencies.

The Gantt chart is the most widely used chart in project management. These charts are useful in planning a project and defining the sequence of tasks that require completion. In most instances, the chart is displayed as a horizontal bar chart.

Horizontal bars of different lengths represent the project timeline, which can include task sequences, duration, and the start and end dates for each task. The horizontal bar also shows how much of a task requires completion.

The length of the bar is proportional to the time necessary for a task’s completion. The project tasks are represented on the vertical axis.

A Gantt chart helps in scheduling, managing, and monitoring specific tasks and resources in a project. The chart shows the project timeline, which includes scheduled and completed work over a period of time. The Gantt chart aids project managers in communicating project status and completion rate of specific tasks within a project, and also helps ensure the project remains on track. By convention, it is a standard tool that makes communication unified among the engineering and project management community.

Benefits of a Gantt Chart

The chart identifies tasks that may be executed in parallel and those that can't be started or finished until others are complete. It can help detect potential bottlenecks and identify tasks that may have been excluded from the project timeline.

Gantt charts can be used in managing projects of all sizes and types. These may include building infrastructures like dams, bridges, and highways. They may also include software development and other technologies. Project management tools, such as Microsoft Visio, Project, SharePoint, and Excel, or specialized software, such as Gantto or Matchware, can help in designing Gantt charts.

Example of a Gantt Chart

Company A is taking on a project to install new software on the servers of a large investment bank. Company A decides to create a Gantt chart to help manage the project and its different components.

The project's tasks that require completion include conducting research, selecting a software product, testing the software, and installing it. These tasks appear as vertical lines on the Gantt chart. A milestone of the project is selecting the software.

The project's duration is 40 days as agreed upon between Company A and the investment bank. Each task takes 10 days to complete, and each task is dependent on the previous task. A critical activity is testing the software in the development and test environments.

The task start and end dates, duration, and milestones appear as horizontal bars on the Gantt chart. The percentage of work completed for each task also is displayed on the horizontal bars. Using the Gantt chart will help Company A map out the tasks along a timeline to reach full completion in 40 days.

What Are Gantt Charts Used for?

Gantt charts help visualize various tasks and projects that occur simultaneously within an organization, and how far along they have progressed. They are used by management to plan and schedule such projects so that resources can be allocated in an optimal way and that projects that are prioritized can finish before less important ones begin.

Who Was Henry Gantt?

Henry Gantt was a social scientist and management consultant who also held a degree in mechanical engineering. He worked in the field of scientific management, developing methods to streamline and increase the productivity of corporations and their workforce. He created the Gantt chart in the 1910s to help supervisors understand the progress of their labor force and to ensure tasks were on schedule.

What Are the Components of a Gantt Chart?

A Gantt chart can vary in complexity and depth, but will always have three key components: activities or tasks that are to be done, running along the y-axis; milestones or progress stages indicated along the x-axis (either on the top or bottom of the chart); and progress bars, denoted as horizontal bars, denoting how far along each task is at any given point.

A Gantt chart is a visual description of a project's timeline. The chart shows the start and end dates of a project's components, such as resources and planning. If you are involved in a project, it is recommended to use a Gantt chart to help organize the various tasks within the project.

Article Sources
Investopedia requires writers to use primary sources to support their work. These include white papers, government data, original reporting, and interviews with industry experts. We also reference original research from other reputable publishers where appropriate. You can learn more about the standards we follow in producing accurate, unbiased content in our editorial policy.
Related Terms
Program Evaluation Review Technique (PERT) Chart Explained
A Program Evaluation Review Technique (PERT) chart is a project management tool that graphs a project's timeline according to its individual tasks.
more
What Is Scope? Understanding Project Scope vs. Product Scope
Scope is a project management term for the objectives necessary to complete a project, allowing managers to estimate costs and time required.
more
Critical Pathway Analysis (CPA): Definition, Purpose, and Example
Critical path analysis is a project planning method that involves creating a chart of key tasks that must be completed to deliver a project on schedule.
more
Project Management: What It Is, 3 Types, and Examples
Project management involves the planning and organizing of a company's resources to move a specific task, event, or duty toward completion.
more
Deliverables: Meaning in Business, Types, and Examples
Deliverables in project management refer to the quantifiable goods or services that will be provided upon the completion of a project.
more
Visual Basic for Applications (VBA): Definition, Uses, Examples
Visual Basic for Applications (VBA) is part of Microsoft's legacy software, Visual Basic, built to help write programs for the Windows operating system.
more
Partner Links
Related Articles 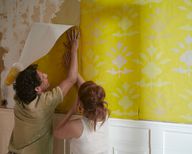