What Is a General Order (GO)?

After 15 days, any general order merchandise will be moved to a Class 11 bonded warehouse under the authority set forth in Title 19, United States Code (U.S.C.), section 1555. The risk of transportation and storage of the goods remains with the owner of the merchandise.

If the goods remain under general order for more than six months, the merchandise will be confiscated by the government or put up for an auction run by the U.S. Customs and Border Protection (CBP) agency. Live auctions take place each month online (nationwide) or at public venues like a hotel located close to ports. Auctions are open to anyone except CBP employees and their immediate family members. Bidders must place down a $5,000 deposit to participate. Purchases are nonrefundable and the buyers are responsible for picking up the merchandise.

The port of entry or company that first receives the goods into the United States is responsible for letting U.S. Customs know within 20 days of arrival that unclaimed or incorrectly documented items are being held—subject to a fine of up to $1,000.

Real-World Example of a General Order

On February 16-17, 2017, the CBP held a nationwide online auction for general order merchandise abandoned at ports and moved to bonded warehouses. After six months, the merchandise became eligible for auction. The list of items included the following:

Layaway
Layaway is a purchasing method in which a consumer places a deposit on an item to “lay it away” for later pickup when they return to pay the balance.
more
Personal Finance
Personal finance is all about managing your personal budget and how best to invest your money to realize your goals.
more
Instructions for Form 1041: U.S. Income Tax Return for Estates and Trusts
Form 1041 is an IRS tax return used to record income generated by assets held in an estate or trust. Learn how it works and instructions for filing.
more
Black Friday (Holiday Shopping)
Black Friday takes place the day after Thanksgiving, is full of big discounts, and is considered the beginning of the holiday shopping season.
more
The Seller Pays Cost, Insurance, and Freight (CIF) to Protect Shipments
Cost, insurance, and freight (CIF) is a method of exporting goods where the seller pays expenses until the product is completely loaded on a ship.
more
What You Should Know About Entrepreneurs
Entrepreneurs and entrepreneurship have key effects on the economy. Learn how to become one and the questions you should ask before starting your entrepreneurial journey.
more
Partner Links

How to Become a Certified Reverse Mortgage Professional (CRMP) 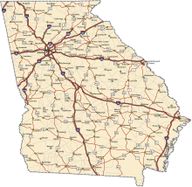 How to Get a Real Estate License in Georgia

The Impact of Working a 4-Day Week