What Is a General Public Distribution?

The transaction whereby a private company's shares are sold to the public for the first time is known as its initial public offering (IPO). If the IPO involves directly selling to a large pool of investors, regardless of whether they are small retail investors or large funds, then that IPO would be referred to as a general public distribution. If on the other hand the IPO catered primarily to large and sophisticated investors—such as investment banks, hedge funds, and pension funds—then that would be considered a conventional public distribution.

When investors buy shares through an IPO, they are participating in what is known as the primary market. In the primary market, the securities you purchase come directly from the company issuing them. By comparison, the secondary market is one where you purchase securities from other owners of that security who either previously purchased them from the issuer or else purchased them from another owner entirely. The vast majority of transactions that take place are done in the secondary market, making IPOs relatively rare and closely watched events.

From the perspective of the company, there are many potential reasons to undertake an IPO. To begin, they may wish to raise funds for expansion, such as by building new facilities, hiring new employees, funding increased research and development (R&D) initiatives, or even acquiring a competitor. In this case, the IPO would represent a form of equity financing.

In other cases, a company may wish to IPO in order to increase the liquidity available to its early investors, some of whom may wish to cash out their investment. Additional advantages may also exist, such as the increased prestige, credibility, and creditworthiness that is often associated with publicly traded companies.

XYZ Corporation is a prominent technology company that is contemplating how best to fund its expansion plans. Its managers feel that by opening new offices abroad and hiring new employees, they can effectively expand their customer base outside of the United States. Moreover, they see opportunities to acquire several small competitors they feel could add intellectual property and human resources to their portfolio.

In considering their options for fundraising, XYZ decides to opt for equity financing through an IPO. To finalize their decision, they must decide between a general public distribution or a conventional public distribution. In the former, a greater percentage of their issued shares are likely to be held by retail investors, whereas the latter will generally tend toward more institutional ownership.

In practice, however, the two different types of IPOs will likely lead to similar medium and long-term results. This is because once the shares are sold in the primary market, investors will then trade them among themselves in the secondary market.

Likewise, if the shares are sold mostly to retail investors, but demand for the shares then rises among institutional investors, retail investors will be free to sell their shares. In this manner, the secondary market should ensure that XYZ's stock is ultimately held by those owners who value it most highly, regardless of who receives the shares in the IPO.

Take the Next Step to Invest
×
The offers that appear in this table are from partnerships from which Investopedia receives compensation. This compensation may impact how and where listings appear. Investopedia does not include all offers available in the marketplace.
Service
Name
Description
Related Terms
Initial Public Offering (IPO): What It Is and How It Works
An initial public offering (IPO) refers to the process of offering shares of a private corporation to the public in a new stock issuance.
more
Special Purpose Acquisition Company (SPAC) Explained: Examples and Risks
A special purpose acquisition company (SPAC) is a publicly traded company created for the purpose of acquiring or merging with an existing company.
more
Equity Financing: What It Is, How It Works, Pros and Cons
Companies seek equity financing from investors to finance short or long-term needs by selling an ownership stake in the form of shares.
more
Primary Market: Definition, Types, Examples, and Secondary
A primary market is a market that issues new securities on an exchange, facilitated by underwriting groups and consisting of investment banks.
more
Secondary Liquidity
Secondary liquidity refers to the ability of IPO investors to sell their shares in the secondary market to buyers on a public stock exchange.
more
Equity Capital Market (ECM) Definition, How It Works, Types
The equity capital market, where financial institutions help companies raise equity capital, comprises the primary market and secondary market.
more
Partner Links
Related Articles 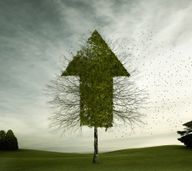 A Look at Primary and Secondary Markets