What Is a Guardian IRA?

The term guardian IRA refers to an individual retirement account (IRA) that is held in the name of a legal guardian or parent for a minor. Guardian IRAs are held and managed by the guardian for a child or other minor under the age of 18 or 21 depending on state legislation. They may also be held for individuals who can't handle their own finances because of a physical or mental disability. The guardian in this kind of account is known as the custodian, which is why these accounts are also called custodial IRAs. Guardians can set up either traditional or Roth IRAs and must follow contribution limits as published by the Internal Revenue Service (IRS).

A guardian is responsible for signing documents on behalf of a minor or an adult with different needs. The responsibilities of a guardian cease once the child is no longer a minor, which is 18 or 21 depending on the state, or when the adult can handle their own finances.

There are two different types of IRAs that are suitable for children: traditional and Roth. The primary difference between these two accounts is the time you must pay taxes on the money contributed to the plan:

As the custodian, the adult controls the assets in the custodial IRA until the child reaches age 18 (or 21 in some states), at which point the assets are turned over to them. The IRA is opened in the child’s name, and the custodian will have to provide their Social Security number (SSN) when they open the account.

IRAs do make sense for kids who have enough earned income that they would have to file income taxes. Note that the standard deduction for 2023 is up to $13,850 for individuals and $12,950 for 2022. This means that kids could earn that much and not have to pay any federal taxes, though they would still have to file a return. Keep in mind, though, that there are contribution limits for IRAs. The limit for 2023 is $6,500 and $6,000 for 2022.

Converting a traditional IRA to a Roth may make sense for kids, especially in years when they have little to no income. They could convert up to the standard deduction each year and pay little to no federal taxes.

Benefits of a Guardian IRA

Like a typical IRA, the money inside a guardian IRA grows tax-free while in either a traditional or Roth IRA. The benefit of a Roth over a traditional IRA is that when the child withdraws the money many decades later, they won't have to pay income tax on it. In contrast, a traditional IRA will result in a deferred tax liability. What's more, there are currently no required minimum distributions (RMDs) on Roth accounts.

The Setting Every Community Up for Retirement Enhancement (SECURE) Act of 2019 became law on Dec. 20, 2019, and made major changes to the RMD rules:

Article Sources
Investopedia requires writers to use primary sources to support their work. These include white papers, government data, original reporting, and interviews with industry experts. We also reference original research from other reputable publishers where appropriate. You can learn more about the standards we follow in producing accurate, unbiased content in our editorial policy.
Take the Next Step to Invest
×
The offers that appear in this table are from partnerships from which Investopedia receives compensation. This compensation may impact how and where listings appear. Investopedia does not include all offers available in the marketplace.
Service
Name
Description
Part Of
Financial Literacy for Children
Related Terms
What Is a Custodial Account?
A custodial account is a savings account set up and managed by an adult for a minor. Discover how custodial accounts work and their pros and cons.
more
Required Minimum Distribution (RMD): Definition and Calculation
A required minimum distribution is a specific amount of money you must withdraw from a tax-deferred retirement account each year, starting at age 73.
more
Uniform Transfers to Minors Act (UTMA): What It Is, How It Works
The Uniform Transfers to Minors Act (UTMA) is an act that allows a minor to receive gifts such as money, real estate, and fine art without aid.
more
Self-Directed IRA (SDIRA): Rules, Investments, and FAQs
A self-directed individual retirement account (SDIRA) is a type of IRA, managed by the account owner, that can hold a variety of alternative investments.
more
Understanding a Traditional IRA vs. Other Retirement Accounts
A traditional IRA (individual retirement account) allows individuals to direct pre-tax income toward investments that can grow tax-deferred.
more
Individual Retirement Account (IRA): What It Is, 4 Types
An individual retirement account (IRA) is a long-term savings plan with tax advantages that taxpayers can use to plan for retirement.
more
Partner Links
Related Articles 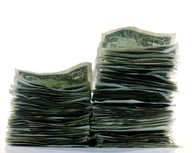 How to Make an IRA Contribution As a Gift

Starting an IRA for Your Child: The Benefits

Can You Open a Roth IRA With Your Child?

Can Teenagers Invest in Roth IRAs?