What Is the Human Development Index (HDI)?

The Human Development Index (HDI) is a statistic developed and compiled by the United Nations since 1990 to measure various countries’ levels of social and economic development. It is composed of four principal areas of interest: mean years of schooling, expected years of schooling, life expectancy at birth, and gross national income (GNI) per capita.

The HDI was established to place emphasis on individuals—or, more precisely, on their opportunities to realize satisfying work and lives. Evaluating a country’s potential for individual human development provides a supplementary metric for evaluating a country’s level of development besides considering standard economic growth statistics, such as gross domestic product (GDP).

This index also can be used to examine the various policy choices of nations; if, for example, two countries have approximately the same GNI per capita, then the HDI can help to evaluate why they produce widely disparate human development outcomes. Proponents of the HDI hope it can be used to stimulate such productive public policy debate.

How Is the HDI Measured?

The HDI is a summary measurement of basic achievement levels in human development. The computed HDI of a country is an average of indexes of each of the life aspects that are examined: knowledge and understanding, a long and healthy life, and an acceptable standard of living. Each of the components is normalized to scale between 0 and 1, and then the geometric mean of the three components is calculated.

The final HDI score for each country is calculated as a geometric mean of the three components by taking the cube root of the product of the normalized component scores.

Switzerland scores the highest among 191 nations in the most recent HDI rankings from the U.N.

Top HDI scores go heavily to Northern European countries, while the lowest-scoring nations are largely found on the African continent.

The bottom 5 countries were:

Limitations of the HDI

There are criticisms of the HDI. It is a simplification and an admittedly limited evaluation of human development. The HDI does not specifically reflect quality-of-life factors, such as empowerment movements or overall feelings of security. In recognition of these facts, the U.N. Human Development Report Office (HDRO) provides additional composite indices to evaluate other life aspects, including inequality issues such as gender disparity or racial inequality.

Examination and evaluation of a country’s HDI are best done in concert with examining these and other factors, such as the country’s rate of economic growth, expansion of employment opportunities, and the success of initiatives undertaken to improve the overall quality of life within a country.

Several economists say the HDI is essentially redundant as a result of the high correlations among the HDI, its components, and simpler measures of income per capita. GNI per capita (or even GDP per capita) correlates very highly with both the overall HDI and the other two components in both values and rankings. Given these strong and consistent correlations, they say, it would be simpler and clearer to just compare per-capita GNI across countries than to spend time and resources collecting data for the additional components that provide little or no additional information for the overall index.

Indeed, a fundamental principle of the composite index design is to not include multiple additional components that are strongly correlated in a way that suggests that they might reflect the same underlying phenomenon. This is to prevent inefficient double counting and avoid introducing additional sources of potential errors in the data.

In the case of the HDI, the inclusion of the components is problematic because it is easily plausible that higher average incomes directly lead to both more investment in formal education and better health and longevity. Moreover, definitions and measurement of years of schooling and life expectancy can vary widely from country to country.

What Are the Indicators Used in the Human Development Index (HDI)?

Is a High HDI Good or Bad?

The higher the HDI, the better. A high HDI essentially means that the country in question offers a generally high standard of living, with decent healthcare, education, and opportunities to earn money.

Which Countries Have the Highest HDI?

The United Nations' Human Development Index (HDI) seeks to quantify a country's level of prosperity based on both economic and non-economic factors. Non-economic factors include life expectancy, and educational attainment. Economic factors are measured by gross national income (GNI) per-capita. While the U.N. argues that the HDI improves our understanding of relative well-being around the world, economists have criticized the index as overly simplistic and flawed in its methodology.

Article Sources
Investopedia requires writers to use primary sources to support their work. These include white papers, government data, original reporting, and interviews with industry experts. We also reference original research from other reputable publishers where appropriate. You can learn more about the standards we follow in producing accurate, unbiased content in our editorial policy.
Take the Next Step to Invest
×
The offers that appear in this table are from partnerships from which Investopedia receives compensation. This compensation may impact how and where listings appear. Investopedia does not include all offers available in the marketplace.
Service
Name
Description
Part Of
Understanding Income Inequality
Related Terms
Standard of Living Definition, How to Measure, Example
Standard of living refers to the quantity and quality of material goods and services available to a given population.
more
What Is a Developed Economy? Definition, How It Works, HDI Index
A developed economy is one with sustained economic growth, security, high per capita income, and advanced technological infrastructure.
more
Third World Countries: Definition, Criteria, and Countries
Third World is an outdated and offensive phrase historically used to describe economically developing nations.
more
Gross Domestic Product (GDP): Formula and How to Use It
Gross domestic product is the monetary value of all finished goods and services made within a country during a specific period.
more
Adjustment Index
An adjustment index is a formula or numerical value that is used to modify or improve a data set.
more
Advanced Economies: Definition, 3 Main Criteria, and Statistics
Advanced economies are developed countries with high per capita income, diversified industry, and modern financial institutions.
more
Partner Links
Related Articles

What Are the Criticisms of the Human Development Index (HDI)?

Standard of Living vs. Quality of Life: What's the Difference? 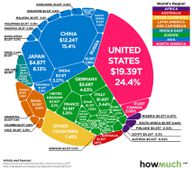 How Does GDP Affect the Standard of Living?

Is Mexico an Emerging Market Economy?