What Is an Inflection Point?

An inflection point is an event that results in a significant change in the progress of a company, industry, sector, economy, or geopolitical situation and can be considered a turning point after which a dramatic change, with either positive or negative results, is expected to result.

Companies, industries, sectors, and economies are dynamic and constantly evolving. Inflection points are more significant than the small day-to-day progress typically made, and the effects of the change are often well known and widespread.

Click Play to Learn What an Inflection Point Is

Based on mathematical charting models, the inflection point is where the direction of a curve changes in response to an event. To qualify, the shift must be noticeable or decisive and attributed to a particular cause.

This principle can be applied to a variety of economic, business, and financial information, such as shifts in the gross domestic product (GDP) or changes in security prices, but it is not used in reference to normal market fluctuations that are not the result of an event.

Andy Grove, Intel's co-founder, described a strategic inflection point as "an event that changes the way we think and act."

Inflection points can be a result of action taken by a company, or through actions taken by another entity, that has a direct impact on the company. Additionally, inflection points may be caused by an unintentional action or an unforeseen event.

Certain unforeseen events can include major economic downturns, such as the financial crisis of 2008, or natural disasters that affect a particular business or industry in a meaningful way. In this regard, an inflection point may not be identifiable until after the event has occurred and a change in direction has been subsequently noted.

When an inflection point is identified, it is often a sign that the affected industry must make certain fundamental changes in order to continue to operate. For example, with the introduction of the smartphone, other mobile technology manufacturers had to adapt to the changing market conditions in order to remain successful.

Palm Inc., the manufacturer of the Palm Pilot personal organizer, attempted to adjust to changing market conditions through the release of the Palm Treo smartphone, but it was ultimately unable to compete with stronger industry competitors, such as the Blackberry and the iPhone.

This competitive pressure resulted in a significant loss of stock value. In 2010, HP Inc. announced its acquisition of Palm, which included an offer that amounted to approximately $5.70 per common share of Palm stock.

The change in the mobile phone market towards smartphones not only impacted Palm but most of the large mobile phone companies at the time of the iPhone's release. This includes Nokia and Motorola.

At the start of the 2000s, Nokia had a 30.6% market share of the mobile phone market; the dominant company in the industry. After not being able to compete with the emergence of smartphones, Nokia sold its mobile phone business to Microsoft in 2013. Microsoft couldn't figure out a way to reboot the company and sold it in 2016.

The company still makes mobile phones, catering to the mid-lower price point but is just a shadow of its former self.

What Is a Point of Inflection?

What Does Inflection Point Mean in Common Usage?

In common usage, an inflection point is simply the point at which a significant change occurs. The change may be a positive one or negative one depending on how the inflection point impacts the subject at hand.

What Is an Inflection Point in Calculus?

In calculus, the inflection point is where a graph's concavity changes from either up to down or down to up. This change may be slow or dramatic but it is regarded as the point where the slope starts to change.

Article Sources
Investopedia requires writers to use primary sources to support their work. These include white papers, government data, original reporting, and interviews with industry experts. We also reference original research from other reputable publishers where appropriate. You can learn more about the standards we follow in producing accurate, unbiased content in our editorial policy.
Take the Next Step to Invest
×
The offers that appear in this table are from partnerships from which Investopedia receives compensation. This compensation may impact how and where listings appear. Investopedia does not include all offers available in the marketplace.
Service
Name
Description
Related Terms
Understanding Payments
Payment is the transfer of one form of goods, services, or financial assets in exchange for another form of goods, services, or financial assets.
more
What Is a Smartphone?
Smartphones are handheld devices that enable people to make phone calls, send text messages, and access the internet.
more
Web 3.0 Explained, Plus the History of Web 1.0 and 2.0
Web 2.0 refers to the current version of the Internet; Web 3.0 is its next iteration, which will be decentralized, open, and of greater utility.
more
What Are KPIs?
Key performance indicators (KPIs) are quantifiable measures that gauge a company's performance against a set of targets, objectives, or industry peers.
more
Barriers to Entry Definition
Barriers to entry are the costs or other obstacles that prevent new competitors from easily entering an industry or area of business.
more
Day Trader Definition
Day traders execute short and long trades to capitalize on intraday market price action, which result from temporary supply and demand inefficiencies.
more
Partner Links
Related Articles 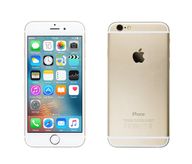 What Is the Average Profit Margin for a Telecommunications Company?

Square vs. Stripe: What's the Difference?