What Is Injury-in-Fact Trigger?

Injury-in-fact trigger is a coverage trigger theory that states that an insurance policy coverage activates when an injury or damage actually occurs. An injury-in-fact trigger is used when courts find it difficult to pinpoint the exact time that an injury or damage occurs. The purpose of coverage triggers is to protect insurance companies to ensure that they only pay claims under specific circumstances listed in the insurance policy.

There are different types of triggers and depending on the type, an insurance company will make payments from a specific point in time.

Injury-in-fact triggers are sometimes referred to as actual injury triggers. Policyholders that seek to recover losses by filing a claim have to prove how and when the loss occurred. In some cases, this may be straightforward with a single, identifiable event leading to the loss occurring. In other cases, it may be difficult to ascertain when an injury or damage occurred, especially if the injury developed over a period of time. Courts use trigger theories in working through these complex situations.

In insurance parlance, a trigger is an event that activates coverage. Courts typically look to the four established trigger theories when making a determination. In addition to the injury-in-fact trigger, there is also an exposure trigger, manifestation trigger, and continuous trigger.

In the case of an injury-in-fact trigger, an occurrence is often said to have taken place when the claimant was injured, not when the wrongful act was committed.

For example, a company spilled hazardous waste into a local river in March 2020. The waste eventually makes its way into the drinking system several months later, and a family becomes ill after drinking it. The injury-in-fact trigger would be the time when the family became ill, not when the company spilled the chemicals.

In general liability policies, injury-in-fact triggers are said to apply when the injury or damage actually takes place, even if the injury or damage continues over a period of time. In this way, it is similar to a continuous trigger theory, though continuous trigger theory states that coverage is triggered when the claimant is exposed, actually injured, or the damage manifests itself.

As mentioned, in addition to injury-in-fact triggers, there are three additional coverage triggers. These are exposure, manifestation, and continuous triggers, each of which is described as follows:

The manifestation trigger is activated when the injury or harm manifests or is discovered. It doesn't matter if the damage began prior to discovery, the policy is only triggered from the point of discovery.

The continuous trigger is an all-encompassing trigger. Three main events result in the trigger: the period in which exposure occurred, when the actual damage happened, and when the damage was first identified.

Take the Next Step to Invest
×
The offers that appear in this table are from partnerships from which Investopedia receives compensation. This compensation may impact how and where listings appear. Investopedia does not include all offers available in the marketplace.
Service
Name
Description
Related Terms
Coverage Trigger
A coverage trigger is an event that must occur in order for a liability policy to apply to a loss.
more
Exposure Trigger
Exposure Trigger is an event that causes a policyholder’s insurance coverage to kick in.
more
Manifestation Trigger
A manifestation trigger in an insurance policy activates coverage when the damage or injury is discovered rather than when it occurred.
more
Occurrence Policy
An occurrence policy covers claims made for injuries sustained during the life of an insurance policy, even if they're filed after the policy is canceled.
more
Prior Acts Coverage
Prior acts coverage is a feature of an insurance policy that extends current coverage to pay claims made on events that took place prior to the policy's date of purchase.
more
What Are Punitive Damages? Purpose, Cap, Calculation, and Example
Punitive damages are legal recompense that a defendant found guilty of committing a wrong or offense is ordered to pay on top of compensatory damages.
more
Partner Links
Related Articles 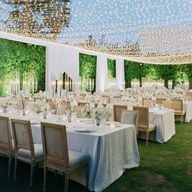 What Is Wedding Insurance, and Is It Worth the Cost?

Peril vs. Hazard: What's the Difference?

5 Insurance Policies Everyone Should Have
Dialog Heading