What Is an Interim Statement?

These may also be referred to as interim reports.

A quarterly report is an example of an interim statement because it is issued before year end.

The International Accounting Standards Board (IASB) suggests certain standards be included while preparing interim statements. These include a series of condensed statements covering the company's financial position, income, cash flows, and changes in equity along with notes of explanation.

The IASB also suggests that companies should follow the same guidelines in their interim statements as they use in preparing their annual reports (which are audited), including the use of similar accounting methods.

Interim statements offer a more timely look into a business’s operations, rather than waiting until year-end statements, which do not officially become available for months after year-end close anyway. Investors find the periodic snapshots helpful when allocating investment capital – all of which leads to greater market liquidity – a prime goal of capital markets.

These reports can also alert investors and analysts to recent changes that meaningfully affect the corporation. A form 8-K, for instance, is used to report unscheduled material events or corporate changes at a company that could be of importance to the shareholders or the Securities and Exchange Commission (SEC). The report notifies the public of events reported including acquisition, bankruptcy, resignation of directors, or a change in the fiscal year. Form 8-K reports may be issued based on other events up to the company's discretion that the registrant considers to be of importance to shareholders.

The most common interim statement may be the quarterly report. A quarterly report is a summary or collection of un-audited financial statements, such as balance sheets, income statements, and cash flow statements, issued by companies every quarter (three months). In addition to reporting quarterly figures, these statements may also provide year-to-date and comparative (e.g., last year's quarter to this year's quarter) results. Publicly-traded companies must file their reports with the Securities Exchange Commission. This form, known as a 10-Q, does not include all the detailed information, such as background and operations detail that the annual report (known as a 10-K) would.

The SEC also mandates that investment companies file quarterly reports if they manage more than $100 million, using a form 13F.

Most companies have an accounting period that ends with the calendar year: Dec. 31 and quarters that end on March 31, June 30, September 30, and December 31. Quarterly reports are typically filed within a few weeks of a quarter's end.

Related Terms
SEC Form 10-Q: Definition, Deadlines for Filing, and Components
Learn about SEC Form 10-Q, a comprehensive report of a company's performance submitted quarterly by all public companies to the SEC.
more
What Is a Fixed Asset in Accounting? With Examples
A fixed asset is a long-term tangible asset that a firm owns and uses to produce income and is not expected to be used or sold within a year.
more
Financial Statements: List of Types and How to Read Them
Financial statements are written records that convey the business activities and the financial performance of a company.
more
Fiscal Quarters (Q1, Q2, Q3, Q4) Explained
A quarter is a three-month period on a company's financial calendar that acts as a basis for the reporting of earnings and the paying of dividends.
more
SEC Form 10-12G
SEC Form 10-12G, also known as Form 10, is a filing with the Securities and Exchange Commission (SEC) required when a company registers new shares of stock.
more
Electronic Data Gathering, Analysis and Retrieval (EDGAR)
EDGAR is the online system created by the Securities and Exchange Commission for corporate filings. Learn how to use EDGAR to find key company data.
more
Partner Links
Related Articles 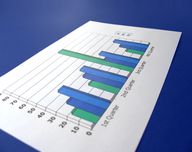 The Case Against Stakeholder Capitalism

How to Use Insider and Institutional Stock Ownership