ISO 14001 is a set of standards put forward by the International Organization for Standardization (ISO). Its purpose is to clarify the best practices for organizations that wish to reduce their environmental footprint by adopting an effective environmental management system (EMS).

EMS systems are designed to monitor and report upon the environmental sustainability of a firm, for both internal and external stakeholders. They are used by firms both for compliance purposes—allowing them to avoid fines or public relations (PR) scandals—and to increase business efficiency, such as by reducing waste through the manufacturing or distribution cycle.

ISO 14001 is just one of the over 23,000 standards that have been put forward by the ISO since its formation in 1947. They are part of a family of standards designed for organizations that wish to decrease pollution and waste by introducing an environmental management system. As with all ISO standards, the ISO 14001 is not a specific set of instructions to be narrowly executed by the participating firm. Rather, it is a set of guidelines and standards that must be tailored to the specific needs and circumstances of the organization in question.

Of course, not all applications of ISO 14001 are equally robust. In order to maintain the integrity of the standards, companies can obtain certification by third-party organizations that will assess their specific implementation of the ISO 14001 standards and determine whether that application meets the international best practices set out in the standard. Companies that obtain certification in this manner will often display this fact as a way to substantiate and advertise their commitment to environmental sustainability.

Originally launched in September 1996, ISO 14001 has since been adopted by over 300,000 organizations worldwide. The core concept of ISO 14001 is that organizations must develop a clear set of environmental policies, use a set of best practices to proactively monitor whether those policies are being adhered to, and continuously improve the system based on ongoing feedback and results.

By design, the standards are intended to be flexible and applicable to organizations ranging from small businesses to multinational corporations. By way of example, the famous Hilton hotel chain gained certification in ISO 14001 and was featured by ISO for the impressive environmental improvements that it achieved through this process. According to the company’s spokesman, the company achieved over $1 billion in energy savings between 2008 and 2018, due to changes implemented as part of the ISO 14001 process.

In addition to cost savings, there are many other reasons why companies might wish to adopt the ISO 14001 standards. These include benefits to their brand awareness, reduced risk of transgressing environmental regulations, improvements to employee relations and morale, and increased operational efficiencies, among others.

Article Sources
Investopedia requires writers to use primary sources to support their work. These include white papers, government data, original reporting, and interviews with industry experts. We also reference original research from other reputable publishers where appropriate. You can learn more about the standards we follow in producing accurate, unbiased content in our editorial policy.
Take the Next Step to Invest
×
The offers that appear in this table are from partnerships from which Investopedia receives compensation. This compensation may impact how and where listings appear. Investopedia does not include all offers available in the marketplace.
Service
Name
Description
Related Terms
ISO 14000 Definition, Standards, Certification and Costs
ISO 14000 is a set of standards created to help businesses manage their environmental impact.
more
ISO 9000
ISO 9000 is a set of standards for quality management systems, established by the International Organization for Standardization (ISO).
more
Guide to Green Investing
Green investing consists of investment activities that focus on companies or projects committed to the conservation of natural resources.
more
Lean Six Sigma: Definition, Principles, and Benefits
Lean Six Sigma is a team-focused managerial approach that seeks to improve performance by eliminating waste and defects.
more
What is Sustainability? How Sustainabilities Work, Benefits, and Example
Sustainability focuses on meeting the needs of the present without compromising the ability of future generations to meet their needs.
more
Environmental Economics: Definition, Importance, and Example
Environmental economics is the study of the efficient allocation, use, and protection of the world's limited natural resources.
more
Partner Links
Related Articles

The 3 Pillars of Corporate Sustainability

3 Trends To Watch in ESG Investing 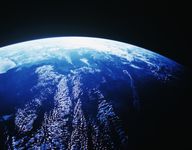 The State of Sustainable Investing in 2021