Licensed for reinsurance only means a company can provide services specifically related to reinsurance in the state that has granted the license. That means they are strictly limited to operating only within that particular role.

Insurance is a highly regulated field, with a vast range of laws, policies, and industry guidelines. These rules must be followed by professionals and businesses that operate or want to operate in that sector.

Insurance is predominantly regulated by states, as opposed to the federal government in the United States. For this reason, rules and regulations can vary quite a bit from one state to another.

Being licensed for reinsurance only allows a firm to benefit from the insurance market without many of the issues related to selling insurance directly to consumers. Offering insurance is an interesting way to increase expected returns by taking on additional risk that has low correlations with conventional asset classes, such as stocks and bonds.

For example, a company offering fire insurance might take a big loss if there are more forest fires than usual in the western part of the United States in a particular year. While forest fires are not good for the U.S. economy, they are not significant enough to impact most stocks. Similarly, a stock market crash will not cause the number of fires to increase.

Diversification of risk is important for individual investors, as well as companies.

On the other hand, ordinary insurers also benefit from the ability to shift outlying risks to companies licensed for reinsurance only. The basic idea of insurance is that while great misfortunes are unpredictable for individuals, they can be predicted for large groups. The insurer can spread these risks around and profit from the risk aversion of their customers.

Unfortunately, the large groups themselves are occasionally subject to unexpected catastrophes, such as the widespread forest fires mentioned earlier. At that point, the insurers need reinsurance companies to back them up.

Related Terms
Reinsurance Ceded: Definition, Types, Vs. Reinsurance Assumed
Reinsurance ceded is the portion of risk that an insurance company passes to another insurer in order to reduce its overall risk exposure.
more
Errors and Omissions (E&O) Insurance: What It Covers
Errors and omissions insurance (E&O) is a type of professional liability insurance that protects against claims of inadequate work or negligent actions.
more
Fiduciary Definition: Examples and Why They Are Important
A fiduciary is a person or organization that acts on behalf of a person or persons and is legally bound to act solely in their best interests.
more
Series 65
The Series 65 is an exam and securities license required by most US states for individuals to act as investment advisers.
more
Cession
Cession refers to the portions of obligations in an insurance company's policy portfolio that are transferred to a reinsurer.
more
What Is Diversification? Definition as Investing Strategy
Diversification is an investment strategy based on the premise that a portfolio with different asset types will perform better than one with few.
more
Partner Links
Related Articles

What Are Financial Securities Licenses? 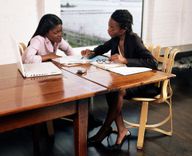 Should You Add a Securities License to Your Qualifications?

Reinsurance Explained: What It Is, How It Works, Types
Dialog Heading