What Is Organized Labor?

Organized labor is a strategy of workers joining together to engage in collective bargaining for higher wages, job benefits, or better working conditions. Organized labor associations are also known as unions.

Workers participate in organized labor by joining a union that negotiates with their employer on their behalf. Because unions represent a large number of workers, they are able to extract higher salaries and benefits than most workers could get by negotiating alone.

In most countries, union formation is regulated by a government agency, such as the National Labor Relations Board (NLRB) in the United States. Employees who want to organize their workplace must first sign a union card granting the union the right to represent them.

Once a workplace has enough signatures, workers can file for a union election in that workplace. If a majority of non-management employees vote for the union, it will be given the power to negotiate with management on behalf of all employees. There are two types of unions: the horizontal union, in which all members share a common skill, and the vertical union, composed of workers from across the same industry.

The National Education Association (NEA) is the largest labor union in the United States, with nearly three million members. Its goal is to advocate for education professionals and unite its members to fulfill the promise of public education.

Federal law prohibits employers from punishing or retaliating against any employee for union activities.

Organized labor grew out of the industrial revolution. As production shifted from agriculture to increasingly-large factories, the pursuit of higher profits led to strenuous working conditions and long hours.

In the early days of industrialization, it was not uncommon for employees to be on the job seven days a week, working shifts of twelve or even fourteen hours. Since workers could be easily replaced, they could not demand better working conditions and were often fired if they were injured on the job. Child labor, wage theft, and other unfair practices were also common.

There were 14 million unionized workers in the United States in 2021. That's 10.3% of the total workforce.

The first successful unions in the United States organized skilled laborers, such as railway workers. The American Federation of Labor, founded in 1881, sought to bring together the country's nascent trade unions under a single association. At the same time, radical unions like the Industrial Workers of the World sought to organize all workers, regardless of their skill.

Ultimately, organized labor was able to win significant improvements, such as the eight-hour day, paid weekends, and job security. The Wagner Act, signed by Franklin Roosevelt in 1935, enshrined the rights of workers to organize and form unions.

Advantages and Disadvantages of Organized Labor

Organized labor plays an important role in protecting workers' rights. Advocates claim that workers in unionized industries typically enjoy higher salaries, longer vacations, and better benefits than those who are not represented by a union. Even workers who are not members of the union tend to have higher salaries as a result of union activity.

Naturally, companies are less enthusiastic about organized labor. Some say that the increased cost of a unionized workforce increases the price of their products, ultimately making their companies less competitive on the world market. Many point to the decline of the U.S. auto industry, as companies were unable to pivot effectively due to the cost of adhering to their union contracts.

Some companies, such as Starbucks or Amazon, have each spent millions of dollars to defeat union organization efforts. Walmart, for example, claimed that the increased costs of a unionized workforce would require them to increase their prices.

Other retailers used Walmart’s example as leverage to renegotiate with their unions, claiming that they would have to cut salaries or eliminate jobs to remain competitive with Walmart otherwise. This is known as the Walmart effect.

What Is the Main Purpose of Organized Labor?

The main purpose of organized labor is to improve the conditions and economic power of the working class. Unions can negotiate on behalf of their members for higher wages, better benefits, or protection from termination. In addition, they also lobby for better labor laws with legislators and politicians.

What Caused the Decline of Organized Labor?

In the United States, organized labor began to decline in the 1980s due to anti-union government policies and increased competition from abroad. One of the first acts of the Reagan administration was to fire all 11,300 air traffic controllers who were on strike against the Federal Aviation Administration. In the following decades, free trade agreements and globalization made it easier for companies to outsource their operations to foreign labor markets, thereby reducing the bargaining power of domestic unions.

Organized labor represents a major political force for the working class. By joining together to advocate for their shared goals, unionized workers can negotiate for better wages and working conditions. However, the strength of organized labor has declined in recent decades, largely due to increased competition from low-wage workers abroad.

Article Sources
Investopedia requires writers to use primary sources to support their work. These include white papers, government data, original reporting, and interviews with industry experts. We also reference original research from other reputable publishers where appropriate. You can learn more about the standards we follow in producing accurate, unbiased content in our editorial policy.
Take the Next Step to Invest
×
The offers that appear in this table are from partnerships from which Investopedia receives compensation. This compensation may impact how and where listings appear. Investopedia does not include all offers available in the marketplace.
Service
Name
Description
Related Terms
Labor Union: Definition, History, and Examples
A labor union is an organization that represents the collective interests of workers in negotiations with employers.
more
Sectoral Bargaining: What It Is, How It Works, Pro and Con Debate
Sectoral bargaining is a type of collective bargaining in which labor agreements are negotiated to cover an entire industry or sector of an economy, rather than just a single employer or workplace. It is relatively common in Europe and gaining increased attention in the United States.
more
Collective Bargaining
Collective bargaining is the process of negotiating terms of employment between an employer and a group of workers.
more
Unofficial Strike
An unofficial strike is a work stoppage by union members that is not endorsed by the union and that does not follow the legal requirements for striking.
more
Labor Market Flexibility
Labor market flexibility allows companies to make decisions about their labor force in response to market changes and to help boost production.
more
Featherbedding
Featherbedding describes an unlawful practice of forcing employers to increase labor costs, such as hiring unnecessary workers.
more
Partner Links
Related Articles 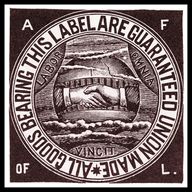