What Is Pareto Efficiency?

Pareto efficiency, named after the Italian economist and political scientist Vilfredo Pareto (1848-1923), is a major pillar of welfare economics. Neoclassical economics, alongside the theoretical construct of perfect competition, is used as a benchmark to judge the efficiency of real markets—though neither perfectly efficient nor perfectly competitive markets occur outside of economic theory.

Hypothetically, if there were perfect competition and resources were used to maximum efficient capacity, then everyone would be at their highest standard of living, or Pareto efficiency. Economists Kenneth Arrow and Gerard Debreu demonstrated, theoretically, that under the assumption of perfect competition and where all goods and services are tradeable in competitive markets with zero transaction costs, an economy will tend toward Pareto efficiency.

In any situation other than Pareto efficiency, some changes to the allocation of resources in an economy can be made, such that at least one individual gains and no individuals lose from the change. Only changes in allocation of resources that meet this condition are considered moves toward Pareto efficiency. Such a change is called a Pareto improvement.

In practice, it is almost impossible to take any social action, such as a change in economic policy, without making at least one person worse off, which is why other criteria of economic efficiency have found a wider use in economics. This includes:

These alternative criteria for economic efficiency all to some extent relax the strict requirements of pure Pareto efficiency in the pragmatic interest of real world policy and decision making.

Aside from applications in economics, the concept of Pareto improvements can be found in many scientific fields, where trade-offs are simulated and studied to determine the number and type of reallocation of resource variables necessary to achieve Pareto efficiency.

In the business world, factory managers may run Pareto improvement trials, in which they reallocate labor resources to try to boost the productivity of assembly workers without, for example, decreasing the productivity of the packing and shipping workers.

Market failure occurs when internal and external factors prevent an economy from reaching Pareto efficiency. It is aptly named because in these situations, the market has failed to allocates optimally or efficiently.

Consider an example of a free public good such as a public park. The provider of the park may not be able to exclude individuals who do not contribute tax dollars, donations, or volunteer hours to the park. Therefore, the public good creates an opportunity for individuals to "free ride".

In another example, consider a monopoly where a single producer sets the market price. In this monopoly, the market price is often set higher than the marginal cost of the product. Because price and marginal cost are not the same, market efficient is not achieved and the optimal output is present.

If any resources are not utilized, Pareto efficiency has not been achieved as the market could have incurred additional units or benefit to some party.

The graph below demonstrates the visualization of the production possibility frontier in a fictional economy that can only produce wine and cotton.

Consider a government official reviewing two new programs: a transportation program and a housing stimulus program. The official has $1 million of unallocated public funding to distribute to the programs. It's top choices are:

In this example, all four choices are Pareto efficient. Because the funds are currently unallocated, there is no allocation that makes one program better off without making the other program worse off. Be mindful that Pareto efficiency does not equate fairness or equity in the allocation.

The first additional option is not Pareto efficient because only $1,000,000 of capital is available. In order to award this amount of each of the programs, the official will have to make another program worse off (take funds from that program) to award.

The second additional option is also not Pareto efficient because resources are not utilized. The unspent $400,000 could have been allocated to the housing program; instead, it was not used.

What Are the 3 Conditions of Pareto Efficiency?

Three criteria must be met for market equilibrium to occur. There much be exchange efficiency, production efficiency, and output efficiency. Without all three occurring, market efficient will be occur.

What Is the Downside to Pareto Efficiency?

Pareto efficiency considers the overall distribution efficiency. However, it does not reflect the equity or distribution of resources among parties. Though the distribution of a resource may be efficient, it may not maximize overall social welfare or leave certain negatively impacted parties feeling worse off.

Is Pareto Efficiency Supported by Perfect or Imperfect Competition?

Pareto efficiency is supported by perfect competition. This is often in contrast to imperfect competition where there is often a greater opportunity for higher returns and better distribution when considering the prospective innovation and growth of the market size.

Why Is Pareto Efficiency Important?

Pareto efficiency is commonly used to compare various economic outcomes of proposed policies. Though the Pareto test has limitations as to which one to choose, it can be an indicator to inform analyzes which option is most efficient and allocates resources with the least amount of waste. It is also an important psychological concept that helps decision-makers realize which individuals will be better off and which will be worse off based on market efficiency.

Pareto efficiency occurs when an economy is most efficiently allocating its good. At this point, no further changes to the economy can be made without one party benefiting and one party becoming worse off. Often used to evaluate outcomes of public policy or decisions that impact larger groups of individuals, Pareto efficiency is heavily used in economics to determine competitive equilibrium.

Take the Next Step to Invest
×
The offers that appear in this table are from partnerships from which Investopedia receives compensation. This compensation may impact how and where listings appear. Investopedia does not include all offers available in the marketplace.
Service
Name
Description
Related Terms
Production Possibility Frontier (PPF): Purpose and Use in Economics
The production possibility frontier (PPF) is a curve that is used to discover the mix of products that will use available resources most efficiently.
more
Welfare Economics Explained: Theory, Assumptions, and Criticism
Welfare economics focuses on finding the optimal allocation of economic resources, goods, and income to best improve the overall good of society.
more
Pareto Improvement: Definition, Examples, Critique
A Pareto improvement is a change in allocation that harms no one and helps at least one person, given an initial allocation of goods.
more
Economic Efficiency: Definition and Examples
Economic efficiency is an economic state in which every resource is optimally allocated to serve each person in the best way while minimizing waste.
more
Market Failure: What It Is in Economics, Common Types, and Causes
Market failure is a situation in which there is an inefficient allocation of goods and services in the free market.
more
Free Enterprise: Definition, How It Works, Origins, and Example
Free enterprise is an economic system where few restrictions are placed on business activities and ownership in terms of trade and government intervention.
more
Partner Links
Related Articles 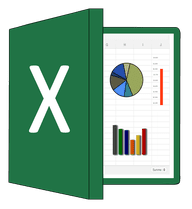 How Do I Calculate the Production Possibility Frontier in Excel?

Adam Smith and "The Wealth of Nations"

How Do Property Rights Affect Externalities and Market Failure?

Advantages of a Market Economy