What Is a Planned Urban Development (PUD)?

A planned urban development refers to a real estate development that integrates residential and commercial buildings with open spaces in a single project. It can be loosely considered as a planned unit development (PUD), which uses the same acronym and for all intents and purposes is interchangeable. This is an urban version of a planned development, but there are some particular differences that make it categorically different.

A planned urban development typically originates as a partnership between a local or municipal government and developers. In recent years, urban planners have increasingly sought to recreate the mixed-use orientation of pre-modern human communities. These traditional settlements included housing, commerce, and localized industry in a single area.

A valuable natural resource such as a water source or defensible high ground often provided a nexus for the community. Industrialization and modernization, particularly in the second half of the 20th century, included a shift toward single-purpose zoning in urban areas. Planned urban development emerged as a response to this trend, orienting urban communities around the principles of convenience and efficiency rather than a natural resource or feature.

A planned urban development allows developers to avoid some of the market risk of a single-use project through diversification. If the local residential or office market collapses, other components of a planned development can protect the developer’s investment.

High-end retail and event programming can attract home buyers and renters willing to pay a premium. Theaters and other nightlife can have a similar effect. Ultimately, planned development offers developers the opportunity to provide urban planners and end-users of the commercial and residential space with what they want: efficient and varied use of scarce urban space.

As mixed projects have become more common in the 21st century, recurring problems have emerged. Developers and planners have resolved some while others persist. First, these projects tend to involve longer planning and permitting periods than single-use development.

Design, implementation, and the marketing of a wide spectrum of space often require the involvement of specialist firms whose expertise comes at a significant cost. While this planning is taking place, the developer is likely on the hook for paying for the land that has yet to be put to use. Developers have streamlined these processes as they have accumulated expertise from past projects.

The second set of problems takes place on a higher level and has proven more difficult to resolve. Planners often undertake these projects to recover urban areas that they consider blighted or beyond repair. Planned developments address this problem with projects that offer little to the previous residents and likely do not tackle the conditions that lead to urban decay.

In many cases, these projects can feel walled-off from the surrounding area. Finally, these developments do not fully resolve our dependence on automobiles. Edge cities, for instance, still often require that tenants come and go by car. These are planned developments built in suburban areas in an attempt to offer residents and employees a central hub with a wide range of amenities.

Related Terms
Zoning Definition
Zoning refers to laws that regulate how real property can be used in certain areas, designating the type of operations allowed on a site.
more
Community Development Block Grant (CDBG)
Community development block grants (CDBGs) provide federal funds for projects to improve the quality of life for people with low or moderate incomes.
more
Capitalism
Capitalism is an economic system whereby monetary goods are owned by individuals or companies. Read on to find out about various forms of capitalism.
more
Undrestanding Land in Business and Economics
Land, in the business sense, can refer to property or real estate, minus buildings and equipment, which is designated by fixed spatial boundaries.
more
Community Land Trust
A community land trust is a private, non-profit organization that promotes affordable housing and community development through land ownership.
more
What Is a Ghetto?
"Ghetto" is an offensive term for a neighborhood characterized by inadequate municipal services, an absence of businesses, and low real estate values.
more
Partner Links
Related Articles

The Factors of a "Good" Location 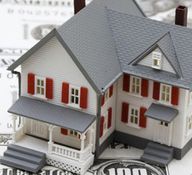 What Are the Challenges in Real Estate Development?