What Is the Principal-Agent Relationship?

A principal-agent relationship is often defined in formal terms described in a contract. For example, when an investor buys shares of an index fund, he is the principal, and the fund manager becomes his agent. As an agent, the index fund manager must manage the fund, which consists of many principals' assets, in a way that will maximize returns for a given level of risk in accordance with the fund's prospectus.

Agents have an obligation to perform tasks with a certain level of skill and care and may not intentionally or negligently complete the task in an improper manner.

The principal-agent relationship can be entered into by any willing and able parties for the purpose of any legal transaction. In simple cases, the principal within the relationship is a sole individual who assigns an agent to carry out a task; however, other relationships under this guise have a principal that is a corporation, a nonprofit organization, a government agency or a partnership.

The agent is most often an individual capable of understanding and ultimately carrying out the task assigned by the principal. Common examples of the principal-agent relationship include hiring a contractor to complete a repair on a home, retaining an attorney to perform legal work, or asking an investment advisor to diversify a portfolio of stocks. In each scenario, the principal is the individual seeking out the service or advice of a professional, while the agent is the professional performing the work.

Article Sources
Investopedia requires writers to use primary sources to support their work. These include white papers, government data, original reporting, and interviews with industry experts. We also reference original research from other reputable publishers where appropriate. You can learn more about the standards we follow in producing accurate, unbiased content in our editorial policy.
Take the Next Step to Invest
×
The offers that appear in this table are from partnerships from which Investopedia receives compensation. This compensation may impact how and where listings appear. Investopedia does not include all offers available in the marketplace.
Service
Name
Description
Related Terms
What Is an Agent? Definition, Types of Agents, and Examples
An agent is a person who is empowered to act on behalf of another. Read about different agent types, such as real estate, insurance, and business agents.
more
Fiduciary Definition: Examples and Why They Are Important
A fiduciary is a person or organization that acts on behalf of a person or persons and is legally bound to act solely in their best interests.
more
Attorney-in-Fact: Definition, Types, Powers and Duties
An attorney-in-fact is a person who is authorized to represent someone else in business, financial, and private matters.
more
Agency Problem: Definition, Examples, and Ways To Minimize Risks
An agency problem is a conflict of interest where one party, motivated by self-interest, is expected to act in another's best interests.
more
Power of Attorney (POA): Meaning, Types, and How and Why to Set One Up
A power of attorney (POA) is legal authorization for a designated person to make decisions about another person's property, finances, or medical care.
more
Principal-Agent Problem Causes, Solutions, and Examples Explained
The principal-agent problem is a conflict in priorities between a person or a group and the representative authorized to act for them.
more
Partner Links
Related Articles

What is the difference between a principle agent problem and moral hazard? 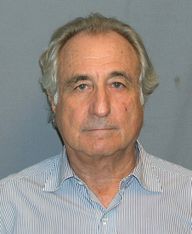