What Is Privately Owned?

A privately owned company is a company that is not publicly traded. This means that the company either does not have a share structure through which it raises capital or that shares of the company are being held and traded without using an exchange. Privately owned companies include family-owned businesses, sole proprietorships, and the vast majority of small and medium-sized companies.

These companies are often too small to conduct an initial public offering (IPO) and tend to fulfill their financing needs using personal savings, inherited money, and/or loans from banks. Although many small businesses fit the definition of a privately owned company, the term privately owned is most often used to refer to companies that are large enough to be publicly traded but are still being held in private hands.

The shares of privately owned companies are more challenging to sell due to the uncertain nature of their real value and the lack of an exchange that supports transparency and liquidity.

How a Privately Owned Company Works

Companies that were once publicly traded can also be made private again through a leveraged buyout (LBO). In 2016, for example, the ride-sharing company Uber had over 7 million common shares outstanding and 11 million preferred shares held by a large number of venture capitalists. The Securities and Exchange Act of 1934 states that the total number of shareholders generally should not exceed 500. Crowdfunding and the trend of technology companies staying for longer in the venture capital phase have raised questions about whether this shareholder limit should be increased.

Privately owned companies are also referred to as being privately held.

A privately owned business may be contrasted with a publicly traded company. A publicly traded company is a corporation owned by multiple public shareholders. The shares of public company stock are traded on an exchange. These companies are considered "public" since shareholders, who become equity owners of the company, can be composed of anybody who purchases stock in the company. Although a small percentage of shares are initially floated to the public, daily trading in the market determines the value of the entire company.

A privately owned business may "go public" through an initial public offering (IPO). This process means that shares of the company's stock are issued to the public in a brand new stock issuance. An IPO can be a useful tool to raise capital from public investors. Some companies may have private shareholders prior to going public, in which case the private-share ownership may be converted to public ownership.

Prior to its IPO, the company will select an underwriter and choose an exchange where the shares will be issued and then traded publicly. The underwriters market the proposed share issuance in order to estimate market demand and establish a final offering price. A board of directors that consists of members both internal and external to the organization must be formed prior to the IPO date. The board is a governing body that meets at regular intervals to set policies for corporate management and oversight.

Additionally, the company must meet requirements set forth by the exchange listing and the Securities and Exchange Commission (SEC). This includes filing a Form S-1 registration statement with the SEC. The registration statement includes information on the planned use of capital proceeds, details of the business model and competition, a brief prospectus of the planned security, and the methodology used to calculate the offering price.

Advantages and Disadvantages of Being Privately Owned

IPOs are an incredible tool for raising a large amount of capital to fund the growth of a business and cash out early investors. That said, there are many reasons why a company may choose to remain privately owned. First, being a public company comes with an added layer of scrutiny. Public companies are required by the Securities and Exchange Commission (SEC) to issue shareholder reports that comply with Generally Accepted Accounting Principles (GAAP).

Privately owned companies should still keep their books in shape and regularly report to their shareholders, but there are usually no immediate legal implications of late reporting or not reporting at all. Most privately owned companies still use GAAP because it is considered the gold standard in accounting practice. In addition, most financial institutions will require annual GAAP compliant financial statements as a part of their debt covenants when issuing business loans. Therefore, although it's not required, privately held companies tend to use GAAP.

Article Sources
Investopedia requires writers to use primary sources to support their work. These include white papers, government data, original reporting, and interviews with industry experts. We also reference original research from other reputable publishers where appropriate. You can learn more about the standards we follow in producing accurate, unbiased content in our editorial policy.
Take the Next Step to Invest
×
The offers that appear in this table are from partnerships from which Investopedia receives compensation. This compensation may impact how and where listings appear. Investopedia does not include all offers available in the marketplace.
Service
Name
Description
Related Terms
Learn about Private Companies
A private company is a company held under private ownership with shares that are not traded publicly on exchanges.
more
PIPE Dream: Firms Raise Money Fast via Private Investment in Public Equity
A private investment in public equity (PIPE) occurs when an institutional or other type of accredited investor buys stock directly from a public company below market price, instead of on a stock exchange.
more
What Is a 'Listed' Company?
A company is described as listed if its stock shares can be bought and sold through a public stock exchange such as the New York Stock Exchange (NYSE).
more
Subsequent Offering
A subsequent offering is the issuance of additional shares of stock after the issuing company has already had an initial public offering.
more
What Does It Mean to Be Subscribed?
Subscribed in investing refers to newly issued securities that an investor has agreed to buy or stated an intent to buy prior to the issue date.
more
Equity Definition
Equity typically refers to shareholders' equity, which represents the residual value to shareholders after debts and liabilities have been settled.
more
Partner Links
Related Articles 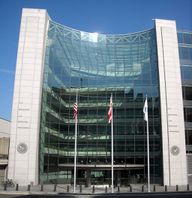 Is a Private Company Required to Disclose Financial Information to the Public?

The Difference Between an IPO and a Direct Listing

How Does Privatization Affect a Company's Shareholders?