What Is a Request for Application (RFA)?

A request for application (RFA) is a type of solicitation notice in which an organization announces that grant funding is available. A grant is a financial award awarded by the federal, state, or local government for the benefit of a project or research. An RFA informs researchers and other organizations that they may present bids on how the funding could be used. The request for application will typically outline what type of programs are eligible, what the expectations are, and how applications are submitted and reviewed.

A request for application is commonly associated with government agencies and non-profit institutions, as these organizations are more likely than non-governmental agencies to release money in the form of grants. For example, a government agency has earmarked funding for research on green energy. It releases an RFA indicating the guidelines and limitations of the project, how much money is available, and the scope of the project (in this case, green energy).

Request for Application (RFA) as Part of the Grant Process

A request for application is one aspect of the grant-making process. The process has many stages and generally begins with a Funding Opportunity Announcement (FOA), in which a federal agency publicizes its intentions to award discretionary grants or cooperative agreements, usually at the result of a competition for funds. An FOA is soon followed by a Program Announcement (PA), which discloses priorities or areas of emphasis, and sets the timing guidelines for how long the opportunity is open. The RFA is the next step, followed by a Request for Proposal (RFP), which is a solicitation for contract proposals, and finally, a Notice (NOT), which announces policies and procedures, amendments to the RFA or PA announcements and other informational items.

Examples of a Request for Application (RFA)

An RFA will include an outline of the project in question, how applications will be evaluated, the timing of both the submission and evaluation process and more key information.

For example, a recent request for application from the U.S. Environmental Protection Agency for a program that seeks to build the capacity of drinking water systems includes the following sections:﻿﻿

The National Institutes of Health (NIH)

The National Institutes of Health–a part of the U.S. Department of Health & Human Service (HHS)–provides a similar outline via its NIH Guide for Grants and Contracts, which is published daily.﻿﻿ The NIH, which "considers applications for the support of basic or clinical biomedical, behavioral, and bioengineering research," describes its request for application process like this:﻿﻿

Article Sources
Investopedia requires writers to use primary sources to support their work. These include white papers, government data, original reporting, and interviews with industry experts. We also reference original research from other reputable publishers where appropriate. You can learn more about the standards we follow in producing accurate, unbiased content in our editorial policy.
Related Terms
RFP: What a Request for Proposal Is, Requirements, and a Sample
A request for proposal (RFP) is a project funding announcement posted by a business or organization for which companies can place bids to complete the project.
more
Tender in Finance Definition: How It Works, With Example
A tender is an invitation for a company to bid on a project. In investing, a tender offer is used in stock buybacks and in response to a takeover.
more
Key Performance Indicator (KPI): Meaning, Types, Examples
Key performance indicators (KPIs) are quantifiable measures that gauge a company's performance against a set of targets, objectives, or industry peers.
more
Chartered Bank
A chartered bank is a financial institution in the business of providing monetary transactions, such as safeguarding deposits and making loans.
more
Request for Quote: Definition and How Businesses Use RFQs
A request for quote (RFQ) is a solicitation for goods or services in which a company invites vendors to submit price quotes and bid on the job.
more
Federal Emergency Management Agency (FEMA): How It Works, What It Provides
The Federal Emergency Management Agency (FEMA) is the federal agency whose responsibility it is to prepare for, respond to, and recover from the impact of both natural and man-made disasters, incidents, and terrorist events in the United States and its territories.
more
Partner Links
Related Articles

How SBA Loans Can Help Your Small Business 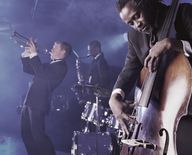 What Is a Shuttered Venue Operators Grant?