What Was Salomon Brothers?

Salomon Brothers was an American investment bank. It was founded in 1910 and was one of the largest investment banks on Wall Street, providing a range of financial services. It was best-known for its fixed-income trading department. The company went through a series of acquisitions and mergers between 1981 and 1997. It ultimately merged with Citigroup, adopting its name in 2003.

Salomon Brothers was established as an investment bank in 1910 by brothers Arthur, Herbert, and Percy Salomon. Originally a private company, it went public in the late 1970s before going through a series of acquisitions and mergers. Salomon Brothers was first acquired by the Phibro Corporation in 1981, becoming known as Phibro-Salomon. In 1997, the bank merged with Smith Barney and formed Salomon Smith Barney. The bank then merged with Citigroup that same year, with Salomon Smith Barney serving as its investment banking arm. In 2003, Citigroup dropped all references to Salomon Brothers because of a series of financial scandals.

As noted above, the bank provided a wide range of financial services, but the bank established its legacy through its fixed-income trading department. Salomon Brothers also developed the first private mortgage-backed security (MBS) in the 1980s. Perhaps the original founding fathers of high-yield bond trading, along with Drexel Burnham Lambert, the Salomon bond arbitrage group established the trading careers of John Meriwether and Myron Sholes.

Salomon Brothers was seen as one of the elite multinational investment banks and part of what was known as the bulge bracket. Salomon Brothers was famed for a cutthroat corporate culture that rewarded risk-taking with massive bonuses, punishing poor results with a swift boot. Michael Lewis' book "Liar's Poker" depicts the high-pressure bond trading culture at Salomon Brothers, inspiring the popular view of 1980s and 1990s Wall Street as a ruthless playground for people who don't let morals get in the way of money.

Warren Buffett—the Oracle of Omaha—invested in Salomon Brothers in the 1980s and had to personally take a position on the board to clear out people involved with a false Treasury bond bid scandal to keep the Securities and Exchange Commission (SEC) from taking legal action. The scandal involved a Salmon trader who was making false bids to try to buy more bonds than allowed. Buffett exited when the Travelers buyout took place and the corporate culture quickly reasserted itself.

Salomon alumni went on to have a large impact on the market. Long-Term Capital Management was created by Salomon alumni and the arbitrage positions it took on were worth over $1 trillion before its implosion in 1998. A global financial crisis was averted at that time, but it was not the first or last crisis that the high-risk, high-reward approach of Salomon Brothers trading would set up.

The surviving structures of Salomon Brothers helped push Citigroup deep into the market for MBSs. The resulting hit that the bank took led to a further exodus of former Salomon leaders and traders. In 2009, the Wall Street Journal reported that then-Citigroup CEO Vikram Pandit was dismantling the remnants of Salomon Brothers to avoid similar risks in the future.

Take the Next Step to Invest
×
The offers that appear in this table are from partnerships from which Investopedia receives compensation. This compensation may impact how and where listings appear. Investopedia does not include all offers available in the marketplace.
Service
Name
Description
Related Terms
Salomon Brothers World Equity Index (SBWEI)
The Salomon Brothers World Equity Index (SBWEI) was a type of index that measures the performance of fixed-income and equity securities.
more
Liar's Poker
Liar's Poker is a game associated with Wall Street traders who use statistical reasoning and behavioral psychology tactics to gamble. It's also the name of a bestselling financial book.
more
What Was Enron? What Happened and Who Was Responsible
Enron was a U.S. energy company that perpetrated one of the biggest accounting frauds in history. Read about Enron’s CEO and the company’s demise.
more
Lehman Moment
“Lehman Moment” refers to when a company’s problems or one seemingly minor part of the economy turn out to be so large they become everyone’s problem.
more
Bernie Madoff: Who He Was, How His Ponzi Scheme Worked
Bernie Madoff was an American financier who ran a multibillion-dollar Ponzi scheme that is considered the largest financial fraud of all time.
more
Who Is Lewis Ranieri?
Lewis Ranieri, former bond trader and former vice-chair of Salomon Brothers, is credited with introducing securitization to the financial world.
more
Partner Links
Related Articles

What Companies Are in the Financial Services Sector? 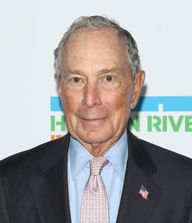 Successful Entrepreneurs: How Michael Bloomberg Did It

Buffett Scandals: Then and Now