Scalability refers to the ability of an organization (or a system, such as a computer network) to perform well under an increased or expanding workload. A system that scales well will be able to maintain or increase its level of performance even as it is tested by larger and larger operational demands.

In financial markets, scalability describes an institution's ability to handle increased market demands; in the corporate world, a scalable company is one that can maintain or improve its profit margins while sales volume increases.

Scalability, whether in a financial context or within the context of business strategy, refers to an organization's ability to grow without being hampered by its structure or available resources when faced with increased production. The idea of scalability has become more and more relevant in recent years as technology has made it easier to acquire customers, expand markets, and scale up.

This concept is closely related to the term economies of scale, in which a company is able to reduce its production costs and increase profitability when it produces more of a given product. In effect it is spreading production costs over a greater number of units, making each of them less expensive to produce. By contrast, if increased production leads to greater costs and lower profits, that's known as diseconomies of scale.

According to a study by the management consulting firm McKinsey & Company, "While most companies tend to focus on launching new businesses, the real value comes from being able to scale them up. Based on an analysis of U.S. venture-capital (VC) data, two-thirds of value is created when a company scales up to penetrate a significant portion of the target market."

Example of Scalability in the Tech Sector

Some tech companies have an amazing ability to scale quickly, putting them in the coveted category of high-growth enterprises. The reason can be a lack of physical inventory and a software-as-a-service (SaaS) model of producing and delivering goods and services. Companies with low operating overhead and little to no burden of warehousing or maintaining an inventory don't need a lot of resources or infrastructure to grow rapidly.

Even companies that are not directly related to the technology industry have a greater ability to scale up by taking advantage of current technologies.

Customer acquisition through the use of tools like digital advertising has become a lot easier and far less expensive. Banks, for example, can use digital advertising strategies to increase sign-ups for online banking services, expanding their customer base and revenue potential.

Other technologies that help with scaling include labor-saving innovations such as automated warehouse management systems used by large retailers like Amazon and Walmart.

What Distinguishes a Scalable Company

At its core, a scalable business is one that focuses on the implementation of processes that lead to an efficient operation. The workflow and structure of the business allow for scalability.

Scalable companies tend to have an established group of leaders, including C-level executives, investors, and advisors, to provide strategy and direction for successful growth. Scalable businesses also have consistent brand messaging across their divisions and locations. A lack of brand enforcement sometimes causes companies to lose sight of their core value, thus decreasing scalability. Yahoo is an example of this. After the company scaled up quickly, it lost sight of its core business and suffered as a result.

A scalable company also has effective tools for measurement, so the entire business can be assessed and managed at each level. This management leads to the efficient operations described above and helps with capital budgeting.

What Does "Scale" Mean in Business?

To scale—or scale up—a business means growing it in such a way that its revenues increasingly outpace its costs.

What Is a Scale-Up in Business?

A scale-up often refers to a business that has survived its start-up phase, established itself in its market, and moved into an early growth phase.

What Is a High-Growth Enterprise?

A high-growth enterprise is one that is successfully scaling up. The Organisation for Economic Cooperation and Development (OECD) defines it as having "an average annualized growth greater than 20% a year, over a 3-year period, and with 10 or more employees at the beginning of the observation period." In its definition, the European Union sets the growth threshold at 10%. The OECD also refers to such businesses as "scalers."

Scalability refers to a business or other entity's capacity to grow to meet increased demand. A business that can scale up successfully should also benefit from economies of scale, where production costs are spread across more units, resulting in higher profit margins.

Article Sources
Investopedia requires writers to use primary sources to support their work. These include white papers, government data, original reporting, and interviews with industry experts. We also reference original research from other reputable publishers where appropriate. You can learn more about the standards we follow in producing accurate, unbiased content in our editorial policy.
Take the Next Step to Invest
×
The offers that appear in this table are from partnerships from which Investopedia receives compensation. This compensation may impact how and where listings appear. Investopedia does not include all offers available in the marketplace.
Service
Name
Description
Related Terms
What Is Productivity and How to Measure It Explained
Productivity measures the efficiency of production in economics. Read about productivity in the workplace and how productivity impacts investments.
more
4 Factors of Production Explained With Examples
Factors of production are the inputs needed for the creation of a good or service, these include labor, entrepreneurship, and capital.
more
Manufacturing: Definition, Types, Examples, and Use as Indicator
Manufacturing is the process of turning raw materials or parts into finished goods using tools, human labor, machinery, and chemical processing.
more
Entrepreneur: What It Means to Be One and How to Get Started
Entrepreneurs create new businesses, taking on all the risks and rewards of the company. Learn about the challenges facing entrepreneurs and entrepreneurship.
more
Inflation: What It Is, How It Can Be Controlled, and Extreme Examples
Inflation is a decrease in the purchasing power of money, reflected in a general increase in the prices of goods and services in an economy.
more
Enterprise Risk Management (ERM): What Is It and How It Works
Enterprise risk management (ERM) is a holistic, top-down approach that assesses how risks affect an organization and devises plans on how to approach different risks.
more
Partner Links
Related Articles 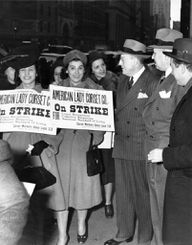 What Are Economies of Scale?

The Economic Impact of a Hybrid Office