Seasonality is a characteristic of a time series in which the data experiences regular and predictable changes that recur every calendar year. Any predictable fluctuation or pattern that recurs or repeats over a one-year period is said to be seasonal.

Companies that understand the seasonality of their businesses can predict and time inventories, staffing, and other decisions to coincide with the expected seasonality of the associated activities, thereby reducing costs and increasing revenue.

It is important to consider the effects of seasonality when analyzing stocks from a fundamental point of view because it can have a big impact on an investor's profits and portfolio. A business that experiences higher sales during certain seasons may appear to make significant gains during peak seasons and significant losses during off-peak seasons. If this is not taken into consideration, an investor may choose to buy or sell securities based on the activity at hand without accounting for the seasonal change that subsequently occurs as part of the company’s seasonal business cycle.

Seasonality is also important to consider when tracking certain economic data. Economic growth can be affected by different seasonal factors including the weather and the holidays. Economists can get a better picture of how an economy is moving when they adjust their analyses based on these factors. For example, roughly two-thirds of U.S. gross domestic product (GDP) is made up of consumer spending—which is a seasonal measure. The more consumers spend, the more the economy grows.

Conversely, when they cut back on their purse strings, the economy will shrink. If this seasonality was not taken into account, economists would not have a clear picture of how the economy is truly moving.

Seasonality also affects industries—called seasonal industries—which typically make most of their money during small, predictable parts of the calendar year.

There are many different instances where seasonality can be observed as it relates to the regular transition throughout times of the year.

For example, if you live in a climate with cold winters and warm summers, your heating costs likely rise in the winter and fall in the summer. You expect the seasonality of your heating costs to recur reasonably every year around the same time.

Similarly, a company that sells sunscreen and tanning products within the United States sees sales jump up in the summer as demand for their products increases. On the other hand, the company will likely see a significant drop in the winter.

Another area affected by seasonality is retail sales. Retail sales measure consumer spending and demand and are reported every month by the U.S. census bureau. Data fluctuates at certain times of the year, primarily during the holiday shopping season. This period falls into the fourth quarter of the year—between October and December. Many retailers experience seasonal retail sales, seeing a big jump in consumer spending around the holiday season.

Large retailers, including e-retail giant Amazon, may hire temporary workers to respond to higher consumer demand associated with the holiday season. In 2018, the company said it would hire approximately 100,000 employees to help offset the increased activity expected in stores.

Meanwhile, retailer Target said it would hire 120,000 for the same holiday period. Like most retailers, these decisions were made by examining traffic patterns from previous holiday seasons and using that information to predict what may be expected in the coming season. Once the season is over, many temporary employees are no longer needed based on the post-season traffic expectations.

A lot of data is affected by the time of the year, and adjusting for the seasonality means that more accurate relative comparisons can be drawn between different time periods. Adjusting data for seasonality evens out periodic swings in statistics or movements in supply and demand related to changing seasons. By using a tool known as Seasonally Adjusted Annual Rate (SAAR), seasonal variations in the data can be removed.

For example, homes tend to sell more quickly and at higher prices in the summer than in the winter. As a result, if a person compares summer real estate sales prices to median prices from the previous year, he may get a false impression that prices are rising. However, if he adjusts the initial data based on the season, he can see whether values are truly rising or just momentarily increasing by the warm weather.

Take the Next Step to Invest
×
The offers that appear in this table are from partnerships from which Investopedia receives compensation. This compensation may impact how and where listings appear. Investopedia does not include all offers available in the marketplace.
Service
Name
Description
Related Terms
What Is a Seasonal Adjustment?
A seasonal adjustment is a statistical technique designed to even out periodic swings in statistics or seasonal movements in supply and demand.
more
Seasonally Adjusted Annual Rate (SAAR)
A seasonally adjusted annual rate (SAAR) is a rate adjustment used for economic or business data that attempts to remove seasonal variations in the data.
more
What Is Economics?
Economics is a branch of social science focused on the production, distribution, and consumption of goods and services.
more
Understanding Retail Sales
Retail sales tracks consumer demand for finished goods by measuring the purchases of durable and non-durable goods over a defined period of time.
more
Who Was Milton Friedman?
Milton Friedman was a U.S. economist, best known as the most influential advocate of free-market capitalism and monetarism in the 20th century.
more
Fiscal Year-End: What You Need to Know
The term "fiscal year-end" refers to the last day of a one-year or 12-month accounting period. It is used to calculate annual financial statements.
more
Partner Links
Related Articles 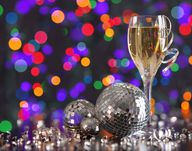 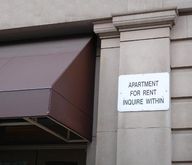 When Is the Best Time to Rent an Apartment?