What Is a Social Security Number (SSN)?

The term Social Security number (SSN) refers to a numerical identifier assigned to U.S. citizens and other residents to track income and determine benefits.

The SSN was created in 1936 as part of The New Deal to provide for retirement and disability benefits. The original intention of the SSN was to track earnings and provide benefits. Now, it is used for additional purposes, such as identifying individuals for tax purposes and tracking credit reports.

Click Play to Learn All About Social Security Numbers

With very few exceptions, all U.S. citizens, permanent residents, and temporary or working residents have a Social Security number. Even non-working residents (citizens and non-citizens alike) can obtain an SSN, due to its use by businesses and government entities.

Social Security numbers are now random streams of digits. However, prior to 2011, the numbers had specific purposes. In those years, the first three digits represented the area in which the individual was born or was from. The next pair of numbers was originally slated to represent a year or month of birth.

Due to concern that this could be falsified, the Social Security Administration instead voted to have it represent a group number. Thus far, no Social Security Numbers have been reused, though there have been some cases in which two people were issued the same number.

Scammers are everywhere, so it's important that you keep your information safe and secure. You can avoid scams and report them directly to authorities through the Federal Trade Commission's website.

The History of SSNs

As noted above, the Social Security number was established as part of a program developed by President Franklin D. Roosevelt to help citizens of the United States following the Great Depression.

Roosevelt signed the Social Security Act in 1935 to help provide Americans with economic stability, especially to people over the age of 65. This included financial benefits that would be based on the amount of income they received before they entered retirement.

The Social Security Board was established in order to maintain the Social Security Act and to keep on top of recordkeeping. This led to the creation in 1936 of a unique nine-digit number assigned to each individual.

Components of the SSN

The first group of three digits is the area number. It represented the issuing state. States could have more than one number, depending on how many people needed SSNs. Examples of area numbers include 001 to 003 for New Hampshire and 575 to 576 for Hawaii.

Generally, people on the east coast have the lowest SSNs. Area numbers ascended as assignment moved westward. So, people on the west coast tend to have the highest SSNs.

Beginning in 1972, the area number was assigned based on the zip code associated with the mailing address (which isn't necessarily the place of residence) on the application.

There have been exceptions to the original area number assignment process:

The following group of two digits is the group number. Group numbers range from 01 to 99. They weren't necessarily assigned consecutively. They originally represented the groups of 10,000 numbers issued to a state's post offices which were to help assign SSNs. They came to represent the issuing office.

The last four digits in the third group are the actual serial number. They ascended from 0001 to 9999 within each group. The serial number 0000 isn't used.

The usage of SSNs has changed over its lifetime as well. For instance, in 1943, federal government agencies were required to use them in order to identify individuals. Other key moments in the SSN's timeline include:

Although the issuing pattern for SSNs called for numbers to be assigned starting with the most eastern state, the lowest number—001-01-0001—was assigned in 1936 not to a Maine citizen but to a woman residing in Concord, New Hampshire.

Why You Need a SSN

A Social Security number is very important to have due to its direct connection to the future benefits you may be entitled to receive from the U.S. government.

An SSN is used to track an individual's yearly earnings and the number of years they've worked. These figures are required to compute potential financial benefits, whether they relate to retirement income, disability income, or health insurance.

When people start their working careers, employers request their Social Security numbers as part of the application process. They provide the Internal Revenue Service (IRS) with details of salary payments associated with each SSN and the withholdings made for employees' contributions to Social Security and Medicare. Employers also report this information to any state that has an income tax.

Other Reasons You May Need an SSN

How to Get a SSN

A Social Security number and its corresponding card may be obtained by filling out Form SS-5: Application for a Social Security Card from the SSA. The form explains how to obtain an original card, replace a card, and change or correct SSN records.

A full list of requirements, such as documentation that proves age, identity, and U.S. citizenship or immigration status, is included on the form. There is no cost to obtain a number or card. In some circumstances, an individual may change their Social Security number.

The number of Social Security numbers available for assignment.

Social Security numbers are frequently used as a personal identifier and to obtain credit. They contain no biometrics and rely on documentation to prove validity. They are susceptible to use for identity theft and fraud.

A notable example of this is when the chief executive officer (CEO) of identity theft prevention service LifeLock used his SSN in advertisements as a testament to his company's effectiveness. His identity was later stolen multiple times.

There has been some movement among legislators to separate some activities from SSN use, such as renting an apartment or obtaining a hunting or fishing license.

What to Do If Your SSN Is Stolen

If you discover that your Social Security number is being used by someone else or if you lose your card, there are steps you should consider taking immediately.

How Can I Find Out if Someone Is Using My Social Security Number?

There's no easy way to check and see whether your Social Security number has been compromised. Many people don't find out until it's too late. However, there are a few ways you can keep up-to-date with any unusual activity that may be related to someone else using it. You can monitor your credit reports and bank accounts, verify your income with the Social Security Administration, and request tax transcripts with the IRS.

What Can Someone Do With Your Social Security Number?

Your SSN is one of the most important pieces of personal information—if not the most important—that you'll ever have. That's why it's so important that you keep it confidential. Someone who has your SSN can use it to impersonate you, obtain credit and open bank accounts, apply for jobs, steal your tax refunds, get medical treatment, and steal your government benefits.

What Should You Do if Your Social Security Number Is Stolen?

Identity thieves are everywhere. Contact the Social Security Administration if you suspect that your number is stolen. The agency can help fix problems related to income. If you have problems with your credit, you must contact your financial institution and the credit reporting agencies (Equifax, Experian, and TransUnion). You can also file complaints with IdentityTheft.gov, the Internal Revenue Service, and the Internet Crime Center to report any suspicious activity.

How Do You Get a New Social Security Number?

In order to get an SSN, you must fill out form Form SS-5 and provide the SSA with two documents that prove your age and identity, and citizenship or immigration status.

How Long Does It Take to Get a Social Security Number?

The Social Security Administration mails individuals their social security cards as soon as it receives all the necessary information and documentation. This can take as long as two to four weeks, especially when the administration is facing delays.

A social security number, or SSN, is a unique identifying number associated with U.S. citizens and other residents in the country. It's been around since 1936, about the time that the Social Security Administration was established (1935) to provide us with retirement and disability benefits.

Today, the need for an SSN goes beyond calculating what we're entitled to receive as a result of the contributions we've made throughout our working lives to Social Security and Medicare.

It's required to open financial accounts, apply for loans, apply for unemployment assistance, and get a driver's license.

Your social security number is your key to important future benefits. So, it's crucial to protect it and the card that it's on. Be sure to use it only when officially required (and not simply when someone asks you for it).

Article Sources
Investopedia requires writers to use primary sources to support their work. These include white papers, government data, original reporting, and interviews with industry experts. We also reference original research from other reputable publishers where appropriate. You can learn more about the standards we follow in producing accurate, unbiased content in our editorial policy.
Take the Next Step to Invest
×
The offers that appear in this table are from partnerships from which Investopedia receives compensation. This compensation may impact how and where listings appear. Investopedia does not include all offers available in the marketplace.
Service
Name
Description
Related Terms
Tax Identification Number (TIN) Definition, Types, and How To Get One
A tax identification number is a number used by the IRS as a tracking number for tax purposes and is required information on all tax returns.
more
Protecting Americans From Tax Hikes (PATH) Act: Definition
The Protecting Americans from Tax Hikes (PATH) Act changed the rules for some tax credits to combat identity theft and fraud.
more
Employer Identification Number (EIN): Who Needs It, How to Get It
An Employer Identification Number (EIN) is a unique number assigned to a business for easy IRS identification for tax reporting purposes.
more
Welfare: What It Is, Different Types, Who Qualifies for Benefits
Welfare is a government program that provides financial aid to individuals and families. Learn how welfare works, the types of programs, and who qualifies.
more
What Is Personally Identifiable Information (PII)? Types and Examples
Personally identifiable information (PII) is information that, when used alone or with other relevant data, can identify an individual.
more
Social Engineering
Social engineering is the act of exploiting human weaknesses to gain access to personal information and protected systems.
more
Partner Links
Related Articles

The Purpose of Having a Social Security Number 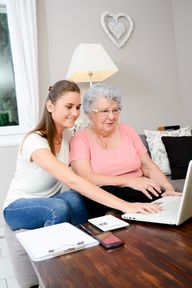 Why Would Someone Change Their Social Security Number?