Who Is Steve Forbes?

Steve Forbes is editor-in-chief of Forbes Media. His net worth is estimated at $430 million. Forbes is a prolific author and has long been active in Republican politics.

He is the son of longtime Forbes magazine publisher Malcolm Forbes and the grandson of a Scottish immigrant named Bertie Charles Forbes, who founded the magazine in 1917. The Forbes website now has 71 million unique monthly visitors and local editions of the magazine are published in 39 countries.

Malcolm Stevenson "Steve" Forbes Jr. was born on July 18, 1947, in Morristown, New Jersey, and grew up in the affluent suburb of Far Hills, New Jersey. He attended Princeton University. While there, he and two other undergraduates founded Business Today. The magazine for and by undergraduates survives to this day. He graduated in 1970 with a bachelor’s degree in American history.

In 2009, he was awarded an honorary doctorate in economics from Stevenson University. He and his wife, Sabrina Beekman, have five children.

Forbes has often been seen as living in the shadow of his flamboyant father, who died in 1990, but the son seems to have made his peace with that idea. "You know, great athletes, they retire the number," he told The New York Times for a 1996 profile. "With my father, I figure they retired the shoes. Don't try to fill them. Get your own shoes."

Forbes as COB and Publisher

Following the death of his father, Steve Forbes assumed the role of Chair of the Board and Editor-in-Chief of Forbes Magazine.

Forbes quickly recognized the power of the Internet as a medium that would eventually dwarf online and broadcast media. "In the mid-1990s most publishers thought that electronic publishing meant merely reproducing the printed page online," he wrote in a 2017 retrospective. Instead of simply publishing print articles online, Forbes.com was launched in 1996 as a separate publication, with its own editors and staff.

Forbes is the author or co-author of a number of books on economics and politics including, most recently, Reviving America: How Repealing Obamacare, Replacing the Tax Code and Reforming the Fed Will Restore Hope and Prosperity, with co-author Elizabeth Ames.

Forbes is a prominent advocate of a flat tax.

Forbes and Ames also co-authored Money: How the Destruction of the Dollar Threatens the Global Economy and What We Can Do About It; Freedom Manifesto: Why Free Markets Are Moral and Big Government Isn't, and How Capitalism Will Save Us: Why Free People and Free Markets are the Best Answer in Today's Economy.

Forbes is the sole author of Flat Tax Revolution: Using a Postcard to Abolish the IRS.

He writes an editorial for Forbes and hosts a podcast, "What's Ahead," focusing on issues of political and economic interest. He frequently appears on the cable television program Forbes on Fox.

In 1996 and 2000, Forbes was an unsuccessful Republican candidate for U.S. president, spending a combined $69 million on the two runs. As a candidate, he was a strong proponent of a flat tax rate. He also advocated medical savings accounts, partial privatization of Social Security, parental school choices, term limits, and a strong national defense.

Although he won two state primaries in 1996, Forbes was criticized for his awkward campaign style, compared with the character-driven campaigns of John McCain and George W. Bush. According to one Republican campaign strategist, Forbes "does not come across as presidential."

He has remained politically active, endorsing candidates for office including Sen. Marco Rubio, Sen. Rand Paul, and the late Sen. John McCain. Forbes has served on the board of several conservative organizations including FreedomWorks, the National Taxpayers' Union, and the Heritage Foundation.

Forbes avoided calling attention to his wealth during his presidential campaigns. Fortune magazine estimated his net worth at $439 million in 1996, and it has almost certainly grown since then.

During the 1996 campaign, Forbes avoided revealing his full net worth, but that did not prevent outsiders from making estimates based on public information. Fortune placed his net worth at $439 million, mostly inherited from his family's publishing empire. This figure likely shrank, as Forbes sold some of his shares to fund his presidential campaigns, before growing again after he returned to head the media company.

In 2014, the Forbes family sold a majority stake in the media company to Hong Kong-based Integrated Whale Media Investments, a sale that reportedly valued the company at $475 million. The Forbes company kept a large stake in the business, and Steve Forbes stayed on as Editor-in-Chief.

Forbes' Net Worth Compared to Other Presidential Candidates

Although he ran on his business success, Forbes was far from the only wealthy president to run for president. His inherited wealth made him richer than John Kerry, worth approximately $103 million, and Mitt Romney, who had made $250 million at Bain Capital.

But his wealth was dwarfed by some other notable presidential candidates. Ross Perot, who also ran in 1996, was worth approximately $3.5 billion at the time. Tom Steyer and Michael Bloomberg also measured their wealth in the billions, not to mention Donald Trump, who won both the Republican nomination and the presidency in 2016.

Steve Forbes inherited a business magazine and turned it into an online publishing empire. Although he has given up on his presidential ambitions, he continues to push for business-friendly policies by funding and supporting right-wing candidates. He has also kept his position at the head of Forbes Media, despite selling off a controlling stake.

Article Sources
Investopedia requires writers to use primary sources to support their work. These include white papers, government data, original reporting, and interviews with industry experts. We also reference original research from other reputable publishers where appropriate. You can learn more about the standards we follow in producing accurate, unbiased content in our editorial policy.
Take the Next Step to Invest
×
The offers that appear in this table are from partnerships from which Investopedia receives compensation. This compensation may impact how and where listings appear. Investopedia does not include all offers available in the marketplace.
Service
Name
Description
Related Terms
Forbes
Forbes is an American media and publishing company headed by former Republican candidate Steve Forbes.
more
Billionaire: Definition, Examples, vs. Millionaire
A billionaire is an individual who has assets or a net worth of at least one billion currency units such as dollars, euros, or pounds.
more
Who Is Michael Bloomberg?
Michael Bloomberg is a billionaire businessman, publisher, and philanthropist, and a former mayor of New York City.
more
Who Is Peter Lynch?
Peter Lynch is one of the most successful and well-known investors of all time. Lynch is the legendary former manager of the Magellan Fund.
more
Who Is Christy Walton?
Christy Walton is one of the world’s wealthiest people thanks to an inheritance from her husband John Walton, who died in a plane crash in 2005.
more
Who Is Lakshmi Mittal?
Lakshmi Mittal is executive chairman of ArcelorMittal. He is known as a global leader in the steel industry.
more
Partner Links
Related Articles 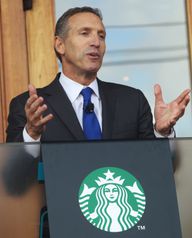 5 Former CEOs Who Ran for President

Who Are the Richest U.S. Senators?