What Is the Underinsured Motorist Coverage Limits Trigger?

The underinsured motorist coverage limits trigger is one of the two triggers that can be specified by an insured party to protect against losses caused by an accident with a driver who has insufficient insurance.

In that instance, the policyholder might have a legitimate claim against the at-fault driver but be unable to collect damages. After all, if the at-fault driver does not have the necessary assets or insurance, they might simply declare bankruptcy, leaving little or nothing for the victim to collect.

To protect against this risk, drivers can purchase underinsured motorist coverage as part of their auto insurance policy. This supplemental insurance covers property damages, bodily injury to the policyholder, as well as injuries to insured family members or passengers. If a claim needs to be filed, the endorsement can cover the difference between the coverage paid by the at-fault driver’s insurance and the full amount owing.

Under- vs. Un-insured Motorist Coverage

Note that underinsured motorist coverage is not the same as uninsured motorist (UM) coverage, which would cover a situation in which the at-fault driver did not have any insurance. However, these two types of coverage are often bundled together. Either separately or together, they are usually a relatively inexpensive add-on to an auto insurance policy but provide beneficial coverage.

In 2015, approximately one out of eight drivers were under-insured, according to the Insurance Research Council, which tracks data on drivers.﻿﻿ In many states being uninsured is illegal. In fact, every state, with the lone exception of New Hampshire, makes it illegal to not carry some form of auto insurance.﻿﻿ Underinsured coverage is better than no coverage at all.

Article Sources
Investopedia requires writers to use primary sources to support their work. These include white papers, government data, original reporting, and interviews with industry experts. We also reference original research from other reputable publishers where appropriate. You can learn more about the standards we follow in producing accurate, unbiased content in our editorial policy.
Take the Next Step to Invest
×
The offers that appear in this table are from partnerships from which Investopedia receives compensation. This compensation may impact how and where listings appear. Investopedia does not include all offers available in the marketplace.
Service
Name
Description
Related Terms
Underinsured Motorist Endorsement
An underinsured motorist endorsement is a type of supplemental insurance commonly purchased as part of an automobile insurance policy.
more
Underinsured Motorist Coverage: Definition, Example, Benefits
Underinsured motorist coverage is an auto insurance policy provision for property and bodily damage caused by a driver with insufficient insurance.
more
Personal Injury Protection
Personal injury protection (PIP) is a feature of auto insurance that covers medical expenses related to a car accident. It’s also known as “no-fault insurance.”
more
Uninsured Motorist Coverage (UM)
Uninsured motorist (UM) coverage may pay a policyholder's damages when an accident involves a driver who does not have insurance or is a hit-and-run.
more
Subrogation in Insurance: What it Is and Why It's Important
Subrogation is the right of an insurer to pursue the party that caused the loss to the insured in an attempt to recover funds paid in the claim.
more
Fire Insurance: Definition, Elements, How It Works, and Example
Fire insurance covers damage and losses caused by fire and is often purchased in addition to standard homeowners insurance. Learn how coverage works.
more
Partner Links
Related Articles 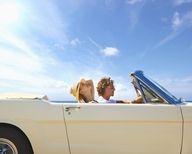 Liability Insurance for Drivers: How Much Do You Need?