What Is a Variance Inflation Factor (VIF)?

The Problem of Multicollinearity

While multicollinearity does not reduce a model's overall predictive power, it can produce estimates of the regression coefficients that are not statistically significant. In a sense, it can be thought of as a kind of double-counting in the model.

Variance inflation factors allow a quick measure of how much a variable is contributing to the standard error in the regression. When significant multicollinearity issues exist, the variance inflation factor will be very large for the variables involved. After these variables are identified, several approaches can be used to eliminate or combine collinear variables, resolving the multicollinearity issue.

Formula and Calculation of VIF

The formula for VIF is:

Where Ri2 represents the unadjusted coefficient of determination for regressing the ith independent variable on the remaining ones.

What Can VIF Tell You?

When Ri2 is equal to 0, and therefore, when VIF or tolerance is equal to 1, the ith independent variable is not correlated to the remaining ones, meaning that multicollinearity does not exist.

The overall model might show strong, statistically sufficient explanatory power, but be unable to identify if the effect is mostly due to the unemployment rate or to the new initial jobless claims. This is what the VIF would detect, and it would suggest possibly dropping one of the variables out of the model or finding some way to consolidate them to capture their joint effect depending on what specific hypothesis the researcher is interested in testing.

What Is a Good VIF Value?

As a rule of thumb, a VIF of three or below is not a cause for concern. As VIF increases, the less reliable your regression results are going to be.

A VIF equal to one means variables are not correlated and multicollinearity does not exist in the regression model.

What Is VIF Used for?

VIF measures the strength of the correlation between the independent variables in regression analysis. This correlation is known as multicollinearity, which can cause problems for regression models.

Two measures can be taken to correct high multicollinearity, First, one or more of the highly correlated variables can be removed, as the information provided by these variables is redundant. The second method is to use principal components analysis or partial least square regression instead of OLS regression, which can respectively reduce the variables to a smaller set with no correlation, or create new uncorrelated variables. This will improve the predictability of a model.

Article Sources
Investopedia requires writers to use primary sources to support their work. These include white papers, government data, original reporting, and interviews with industry experts. We also reference original research from other reputable publishers where appropriate. You can learn more about the standards we follow in producing accurate, unbiased content in our editorial policy.
Take the Next Step to Invest
×
The offers that appear in this table are from partnerships from which Investopedia receives compensation. This compensation may impact how and where listings appear. Investopedia does not include all offers available in the marketplace.
Service
Name
Description
Related Terms
Multicollinearity: Meaning, Examples and FAQ
Multicollinearity appears when there is strong correspondence among two or more independent variables in a multiple regression model.
more
Line of Best Fit: Definition, How It Works, and Calculation
The line of best fit is an output of regression analysis that represents the relationship between two or more variables in a data set.
more
What is Regression? Definition, Calculation, and Example
Regression is a statistical measurement that attempts to determine the strength of the relationship between one dependent variable and a series of other variables.
more
Multiple Linear Regression (MLR) Definition, Formula, and Example
Multiple linear regression (MLR) is a statistical technique that uses several explanatory variables to predict the outcome of a response variable.
more
Econometrics: Definition, Models, and Methods
Econometrics is the application of statistical and mathematical models to economic data for the purpose of testing theories, hypotheses, and future trends.
more
R-Squared Formula, Regression, and Interpretations
R-squared is a statistical measure that represents the proportion of the variance for a dependent variable that's explained by an independent variable.
more
Partner Links
Related Articles

How Do You Calculate R-Squared in Excel? 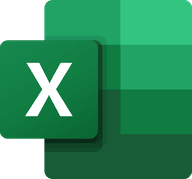