What Is Viral Marketing?

Viral marketing seeks to spread information about a product or service from person to person by word of mouth or sharing via the internet or email. The goal of viral marketing is to inspire individuals to share a marketing message to friends, family, and other individuals to create exponential growth in the number of its recipients.

In the case of viral marketing, "viral" refers to something that spreads quickly and widely across its audience. Viral marketing is a deliberate enterprise, though the distribution of a message happens organically. As such, social media provides the perfect ecosystem for viral marketing, though it has its roots in traditional word-of-mouth marketing.

While the practice was much more widely used in the early to mid-2000s, as new internet businesses were being created in extreme numbers, it is still common among internet-based business-to-consumer (B-to-C) companies. The widespread adoption of social media networks—including YouTube, Twitter, Instagram, Snapchat, and Facebook—has enabled modern viral marketing efforts and increased their efficacy.

A frequently used example of early viral marketing is Hotmail, the free web-based email service launched in 1996 that included in its users' outgoing messages an embedded advertisement and direct link inviting recipients to sign up for an account. This practice led to the fastest growth among user-based media companies at the time.

Another example that illustrates how varied viral marketing can be is the ALS Ice Bucket Challenge. The ice bucket challenge existed before The ALS Association utilized it to raise awareness and generate donations. However, the massive dissemination on social media of ALS Ice Bucket videos created a worldwide sensation that tremendously increased ALS awareness.

The amount of donations raised from the ALS Ice Bucket Challenge.

These campaigns may use several tools (e.g., videos, games, images, email, text messaging, and free products) to appeal to the emotions of users or viewers, raise awareness of a worthy cause, and make it easier to consume and share. Viral marketing often relies on the help of an influencer, who has a large network of followers.

With the help of social networks as a "force multiplier," viral marketing is quicker than traditional marketing campaigns, as well as less expensive. Since it can receive so much traffic in a short time, it can also lead to mainstream media attention. Social media can also cause viral marketing efforts to misfire, as messages are altered, misconstrued, considered spam, or called out for missing the mark. Viral marketing success can also be hard to measure.

Advantages and Disadvantages of Viral Marketing

Viral marketing allows companies to better market their products by reaching consumers that ordinarily would not be targeted by its traditional marketing campaigns. This expanded reach allows the company to enter new markets and potentially expand its customer base.

When done creatively, companies can trigger viral responses. For example, Burger King created a buzz when it posted pictures of its month-old, moldy Whopper in response to McDonald's claim that their burgers don't decompose. Burger King asserts that it uses only fresh ingredients and no preservatives, which should provide a better and healthier outcome for its customers. Its unappealing-looking burger was visible proof of that claim.

Viral marketing costs are a fraction of traditional advertising campaigns. And advertising is essentially free when consumers infectiously share their positive experiences with a company's products and services with others.

Because the internet allows content to be shared easily and quickly, viral marketing can also trigger exponential and rapid growth. However, it is important to note that how quickly and easily content is shared is largely dependent on whether the company uses the right tools that make this possible.

Sometimes, viral marketing sparks a response counter to what was intended. Consumers tend to share negative news more often than positive news, and studies show that people have a stronger emotional response to negative news. Negative buzz can be detrimental to business and sometimes hard to recover from.

The effects of viral marketing are hard to measure as it is difficult to determine if a lead or sale resulted from it. And there is no consensus among businesses on how to measure its success.

If customers believe the viral campaign will compromise their privacy and security, they will likely not share. As a result, the company's marketing mission fails, and its reputation may be tarnished. Future viral marketing campaigns may be adversely affected by previous unsuccessful attempts.

How Do I Make My Brand Go Viral?

Here are tips to help you make your brand go viral. Be attentive to emotions as they are the driving force behind viral marketing. Find a position and stick with it, rather than being neutral. Be creative and don't make traditional ads. Be good at storytelling, seeking to evoke an emotional response from the follower. Don't stop with one campaign; continue to keep your audience engaged. Lastly, make sure that you create a campaign that is easily and quickly shareable and where people can submit feedback or ask questions.

How Do You Make Money If Your Video Goes Viral?

To make money on a viral video, you must monetize it, generally by requiring subscribers to pay to view or by allowing companies to advertise to your audience in exchange for a fee. Companies either pay the creator to mention their products or services or run company-created ads before, during, or after their videos.

There are other ways to make money from a viral video other than the ones mentioned. For example, creators can license their videos, allowing third parties to use their content.

Why Is Transparency So Important in Viral Marketing?

Being transparent means being honest and open about operations and motives. Transparency in viral marketing is important as consumers are more critical of traditional marketing campaigns and are holding companies accountable for their actions more often than before. Approximately 94% of consumers are likely to be loyal to companies that are transparent in marketing.

What Does "Seeding" Mean in Relation to a Viral Marketing Campaign?

Seeding is a marketing technique in which companies purposefully distribute viral information or content to select users who they think will effectively share the campaign. Most often, social media influencers are chosen as seeds to spread the word and solicit feedback about a product.

What Are the Steps to Start a Viral Marketing Campaign?

First, identify the purpose of going viral. Are you seeking to improve your brand's image or increase awareness? Then, find out more about your audience. Social media reporting is a good source of information about what is preferred by your target audience. The content you want to go viral needs to be configured to where it can be easily and quickly shared. If not, the campaign will likely fail at the start. Make sure that the content you want to be shared is organic and relatable. Lastly, use trends and hashtags to promote the content as they will capture the attention of your followers.

What Are Good Tools for Viral Marketing Campaigns?

There are many tools companies can use in their viral marketing campaigns. Companies can create and sponsor communities, which can be tapped to promote your products or services. Create and promote sweepstakes, contests, and rewards to generate buzz and capture a large audience. Other tools include sponsoring messages and chat blasts.

How Much Does a Viral Marketing Campaign Cost?

In general, a viral marketing campaign may cost anywhere from $100,000 to several million dollars.

Viral marketing is an inexpensive and effective technique for increasing awareness and promoting a brand or product. Companies depend on their audience or targeted users to share advertising campaigns and their positive experiences with others. Successful campaigns can help the company grow, enter new markets, and increase revenues. Companies must choose the right platforms to advertise and format their content to where it can be easily shared. If done poorly, it can produce unfavorable results that could erode earnings and tarnish a company's reputation.

Article Sources
Investopedia requires writers to use primary sources to support their work. These include white papers, government data, original reporting, and interviews with industry experts. We also reference original research from other reputable publishers where appropriate. You can learn more about the standards we follow in producing accurate, unbiased content in our editorial policy.
Related Terms
Social Media Marketing (SMM): What It Is, How It Works, Pros and Cons
Social media marketing (SMM) is the use of social media platforms to interact with customers to build brands, increase sales, and drive website traffic.
more
Marketing in Business: Strategies and Types Explained
Marketing refers to the activities of a company associated with buying, advertising, distributing, or selling a product or service.
more
What Is Social Networking?
Social networking is the use of internet-based social media platforms to make connections and share various media with friends, family, colleagues, or customers.
more
Word-of-Mouth Marketing: Meaning and Uses in Business
Word-of-Mouth marketing happens when a consumer's interest in a company's product or service is reflected in their daily dialogs.
more
Digital Marketing Overview: Types, Challenges, and Required Skills
Digital marketing is a means of advertising and selling products through the internet, mobile devices, social media, search engines, display advertising, and other channels.
more
What Is a Marketing Plan? Types and How to Write One
A marketing plan is an operational document that shows how an organization is planning to use advertising and outreach to target a specific market.
more
Partner Links
Related Articles

TikTok: What It Is, How It Works, and Why It's Popular

Where Not to Go for Crypto Advice? 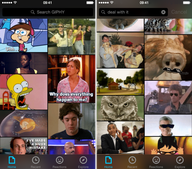