What Is Voluntary Foreclosure?

This is different from an involuntary foreclosure, which is initiated by the lending institution in order to take possession of a property to recover the lender's losses and is typically the last option for borrowers unable to make payments on their loans. Borrowers can seek a voluntary foreclosure from a bank or other lending institution for both residential and commercial properties.

There are several similar terms that can be used for voluntary foreclosures, including strategic default, walking away, jingle mail, and friendly foreclosure.

Voluntary foreclosure is extremely harmful to a borrower’s credit ratings and can make it difficult to rent or buy a home and get loans approved for years afterward, but it is not as financially damaging as an involuntary foreclosure. It can thus be a cost-effective option for some borrowers who, rather than struggling to make payments each month, conclude that they are unable to continue making payments.

Reasons for voluntary foreclosure include a sudden and unexpected job loss, the realization that one is living beyond one's means, and changes in the housing market along with variable interest rates (if a borrower has an adjustable-rate mortgage, or ARM, for instance).

Pros and Cons of Voluntary Foreclosures

If you are considering initiating a voluntary foreclosure, it's important to carefully consider the advantages and disadvantages of taking such a step. You need to balance it against the effect on your credit, the loss of your home, how much financial relief it offers you, and any alternatives you may still have. If you are unable to get a loan modification or do a short sale, for example, a deed in lieu of foreclosure may have less impact on your credit reports than an involuntary foreclosure.

One advantage, especially if your home is significantly underwater, is that you can cut your losses when you stop making payments. However, some states allow lenders to go after borrowers for a "deficiency"—the difference between the amount you still owe on the loan and the foreclosure sale price—via a deficiency judgment. Make sure you know the laws of your state on this score.

Your credit score will take a major hit if you foreclose. The repercussions: It's likely to be harder to get new credit—say, for a car loan or a new credit card—and the interest rates you'll be offered will be higher.

You'll need to find another place to live, and landlords may refuse to rent to you or charge a higher monthly amount. And if you are looking to buy, you may not be able to get a mortgage for a few years. Fannie Mae, for instance, applies a four-year wait period before granting a new mortgage after a deed in lieu of foreclosure.

Voluntary Foreclosures and the Housing Crisis of 2007–2009

Prior to the American housing bubble and subprime mortgage crisis of the late 2000s, voluntary foreclosure was a rarely used option for borrowers struggling to afford their property loan payments; however, it has become much more widely used in the years since. In 2007 and 2008, housing prices plunged, often posting double-digit declines in value.

What Does a Volunteer Foreclosure Do?

When you volunteer to foreclosure on your own house, it is usually because you cannot make loan payments on it. Instead of waiting for the lender to foreclose, you do it yourself.

What Happens If You Foreclose Your Own House?

If you volunteer to willingly foreclose on your home, your lender will allow you to surrender your home in exchange for canceling the mortgage debt. You must agree to leave the home in good condition and move by a specified date. When you voluntarily foreclose, your credit will take a hit but you will control the terms for leaving your home, and you may even receive money from your lender to finance your move out.

A deed-in-lien is a voluntary foreclosure, which is not the same thing as a foreclosure. When you reach an understanding with your lender, you hand over the property to avoid your lender from putting you into foreclosure.

Article Sources
Investopedia requires writers to use primary sources to support their work. These include white papers, government data, original reporting, and interviews with industry experts. We also reference original research from other reputable publishers where appropriate. You can learn more about the standards we follow in producing accurate, unbiased content in our editorial policy.
Part Of
Foreclosure
Related Terms
Deed in Lieu of Foreclosure
Deed in lieu of foreclosure is an action by a mortgagor by which they deed the collateral property back to the lender to avoid foreclosure.
more
Strategic Default
A strategic default is a deliberate decision by a borrower to stop payments on a mortgage debt. It typically occurs when property values drop.
more
Forbearance Definition
Forbearance is a form of repayment relief involving the temporary postponement of loan payments, typically for home mortgages or student loans.
more
125% Loan
A 125% loan, often used in mortgage refinancing, allows homeowners to borrow more money than the equity they have in their property.
more
What is a Short Sale on a House? Process, Alternatives, and Mistakes to Avoid
In real estate, a short sale is an asking price for a home that is less than the amount that is due on its existing mortgage.
more
Deficiency Judgment
A deficiency judgment is a court ruling against a debtor who defaulted on a loan and whose secured property was insufficient to repay the full debt.
more
Partner Links
Related Articles

What Are Your Legal Rights in a Foreclosure? 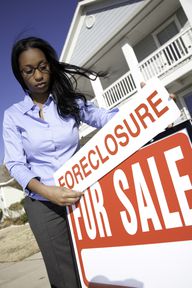 When to Walk Away From Your Mortgage

Can’t Pay Your Bills? Now What?