The large cap S&P 500 Index has enjoyed a meteoric 24% rise so far in 2019, but its advance has been fueled largely by a relative handful of mega cap tech stocks. This raises renewed concerns among prominent investment professionals and market watchers that a new tech bubble similar to that in 2000 is about to pop, according to a recent story in Business Insider﻿﻿ .

Given that the FAANG stocks currently represent about 12.6% of the value of the capitalization-weighted S&P 500, Yusko essentially is observing that virtually the entire gain for the index since 2013 is due to just these five stocks. Moreover, he warns that the favored tech stocks of today may become long-term laggards.

"Back in 2000...Cisco [Systems Inc. (CSCO)], Intel [Corp. (INTC)], Microsoft [Corp. (MSFT)], Qualcomm [Inc. (QCOM)] were considered the fab four and there was not one sell recommendation for any of those four stocks in March of 2000," Yusko notes. "Here we are 20 years later, and that basket of four stocks is still negative," he adds.

"The interesting thing today is that valuations are worse than 2000 in some areas," Yusko continues. "There are cloud computing companies selling at 20 and 30 and 40-times revenue. That's a bubble." He calls Zoom Video Communications Inc. (ZM) a favorite example, with a price-to-sales (P/S) ratio currently at 41, and which would still be expensive if its share price fell by 90%.

Vincent Deluard, the director of global macro strategy at INTL FCStone, believes that Silicon Valley's business model and tech stock valuations are "at the beginning of a massive unraveling," according to another recent story in BI﻿﻿ . He points to the collapsing valuation of WeWork, which was slashed by about $40 billion and put its proposed IPO indefinitely on hold, as a key catalyst for this "unraveling."

Meanwhile, a number of highly-anticipated recent IPOs are trading at only fractions of their last appraisals as private companies. Notable examples include, with the declines from their offering prices through the close on Dec. 4: SmileDirectClub Inc. (SDC), -67%, Uber Technologies Inc. (UBER), -35%, Lyft Inc. (LYFT), -34%, and Slack Technologies Inc. (WORK), -17%.

"It's very hard to use traditional discounted cash-flow models for companies that don't have cash flow, or have cash flows that are very negative for as far as the eye can see," Deluard observes. As a result, the valuations of private companies tend to be guesswork built upon the guesswork valuations of other comparable companies. The plummeting valuation of WeWork, as well as the poor performance of recent IPOs, thus are bound to have broad repercussions, sending the values of other private companies tumbling in response.

What Is the History of the S&P 500 Stock Index?

Why Money Is Flooding Into Tech Funds 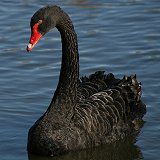 3 Black Swans That Could Cause The Next Stock Market Crash

Exploring the Depths of the Downturn with Dan Niles
Partner Links
Related Terms
FAANG Stocks: Definition and Companies Involved
FAANG is an acronym for the five best-performing American tech stocks in the market: Meta (formerly Facebook), Apple, Amazon, Netflix, and Alphabet (formerly Google).
more
Story Stock
A story stock is a stock that is trading markedly higher on optimistic expectations about its potential profits.
more
Russell Top 50 Index
The Russell Top 50 Mega Cap Index is a mega-cap stock index of the 50 largest stocks in the Russell 3000 universe of U.S.-based equities.
more
What Are Small-Cap Stocks, and Are They a Good Investment?
A small-cap stock has a total share value of $300 million to $2 billion, although the precise figures used vary among brokerages.
more
What Was Enron? What Happened and Who Was Responsible
Enron was a U.S. energy company that perpetrated one of the biggest accounting frauds in history. Read about Enron’s CEO and the company’s demise.
more
What Does the Nasdaq Composite Index Measure?
The Nasdaq Composite Index is a broad-based market index that includes more than 3,700 stocks listed on the Nasdaq stock exchange.
more