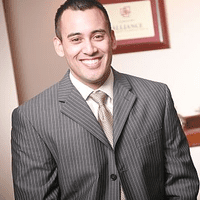 Jeff Rose started his career as a financial advisor with A.G. Edwards & Sons in 2001. In January of 2005, four years into his career, he was called upon to support Operation Iraqi Freedom. Anticipating his return, he attained the Chartered Retirement Planning Counselor® designation between missions and duties during his downtime in Iraq.

As soon as he returned from Iraq, he resumed his career as a financial advisor. His goal was to provide financial guidance to people in all areas including: investments, insurance, taxes, and estate planning. In November 2007, he became a CERTIFIED FINANCIAL PLANNER™ practitioner, and a month after that, he formed Alliance Investment Planning Group, LLC, followed by his own registered investment advisor named Alliance Wealth Management LLC.

With the hope of helping people make sense of investing and their personal finances, Jeff launched his own personal financial blog called Good Financial Cents and life insurance site Life Insurance by Jeff. With so many different options out there, Jeff hopes to clear the fog and help others make smart financial decisions. He currently writes for Forbes, US News & World Report, and CNBC. In addition, he has been featured in major sites such as Huffington Post, Wall Street Journal, Reuters, Kiplingers, and Fox Business.

Jeff resides in Nashville, TN with his wife, Mandy, and his three sons Parker, Bentley, and Sloane and daughter Janella.