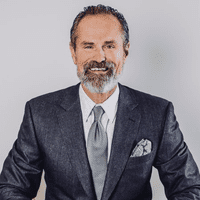 Ron Carson is founder and CEO of Carson Group, which serves financial advisors and investors through its businesses including Carson Wealth, Carson Coaching, and Carson Partners. Founded in 1983, Carson Wealth has become one of the largest wealth management firms in the U.S., offering portfolio management and wealth planning services to high-net-worth clients. This is the third year Ron has been recognized as a top 10 advisor on the Investopedia 100 list.

Through its various facets, Carson Group aims to empower advisors to overcome key business challenges, as well as improve client service and continue to learn and innovate. With Ron at the helm, Carson Group has grown by 20X in the past decade. In addition, Ron is the co-founder of aRIA, a "think-tank" study group comprised of six forward-thinking RIA firms, which collectively manages more than $20 billion in client assets. Today, Ron appears regularly on broadcast media for Fox Business and Bloomberg as a leading expert advisor and commentator.

Ron is actively involved in the community. He and his wife, Jeanie, founded The Dreamweaver Foundation, a nonprofit organization dedicated to fulfilling end-of-life dreams for seniors with terminal illnesses, as well as the American Charitable Foundation. In 2022, Ron and the firm partnered with P4K (Partnership For Kids), to share the basics of budgeting on a monthly basis at local Omaha high schools.

A nationally acclaimed New York Times bestselling author, Ron has shared his success principles through several books, including 2005's "Tested in the Trenches", 2007's "Avalanche", 2012's second edition of "Tested in the Trenches", and most recently "The Sustainable Edge", released in 2016 and written for business owners who are seeking a fuller, more rewarding work-life balance.