U.S. equity markets were under pressure all day as lawmakers failed to come to terms on a new stimulus package. The U.S. Senate did manage to pass a one-week government funding extension, which will prevent a government shutdown at midnight, although President Trump still needs to sign it. The DJIA managed slight gains, while the S&P 500 fell for the third day in a row. In a week defined by waiting for signs of stimulus relief and vaccine news, stocks - except for new IPOs - were under pressure, and suffered their first weekly decline in three. That happens - even when markets are in an uptrend, as they are.

This article is an excerpt from our free The Market Sum newsletter. Sign up here to receive it in your inbox daily.

As for those IPOs, DoorDash and Airbnb gave up some of their explosive gains from their debuts, but still held onto the lion's share, as investors warmed to new and shiny things. Speaking of shiny, Gold prices perked up as stocks were under pressure. But money has been pouring out of gold since mid-November as the flows have been redirected to global equities and Bitcoin.

As for equities, the calendar tells us that we are nearing the Santa Claus Rally period of the year. December is usually one of the best months of the year for stocks, but as Ryan Detrick of LPL Financial reminds us, it's the second half of the month when the presents come in. We'll see if history is right this time.

The Giants Have Stalled

The rotation from growth to value stocks has left the Mega-cap Tech giants out in the cold as winter approaches. The FAAMG stocks (Facebook, Apple, Amazon, Microsoft and Alphabet/Google) have effectively gone nowhere since their September peak. They've underperformed the S&P 500 since then, which has been powered by energy, transportation and financial stocks since then. That concentration of market cap that we were worried about at the end of the summer has dissipated, but these five companies still represent a little over 20% of the S&P 500's total market cap.

They are still among the most widely held stocks in ETFs, index funds, mutual funds and pension funds, so they are not going anywhere. They are all growing their businesses - albeit slower than earlier in the year - and a few of them are facing some serious regulatory challenges. But institutional investors, and individual investors have a lot of loyalty and money in these stocks, so their downside may be limited.

If your head is spinning from following the money flow in 2020, you are not alone. Like many other aspect of the capital markets this year, money flow has been extreme, at times, which has contributed to violent swings in the market.

Consider this:$140 billion has flowed into the stock market in the past six weeks, which is a record for a six-week span. $ 7billion of that has flowed into energy stocks - also a record amount. There have also been 9,730 global equity offerings in 2020, which include IPOs and secondary offerings. Those have collectively returned $1.1 trillion to investors, making 2020 the best year ever for equity offerings.

Cash is the Underperforming King

Still, over $900 billion flowed into cash this year - the most, by far, of any asset class. A mere $127 billion (in total) has flowed into the stock market - and yet markets are near all-time highs. You can thank the FAAMG stocks for most of those gains, but the rest of the market is catching up.

While its impossible to know if stocks will keep rising in 2021, (which we know that you think will be the case), it's hard to imagine portfolio managers letting all that money sit in cash where it is earning less than 0.7%, and let their clients' returns be devoured by inflation.

Breaking Down Walls of Worry with LPL's Ryan Detrick 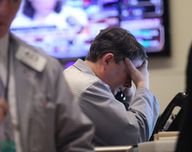 Inflation Tops Long List of Investors' Concerns, Survey Says
Partner Links
Related Terms
FAAMG Stocks
FAAMG is an abbreviation coined by Goldman Sachs for five of the top-performing tech stocks in the market, Facebook, Amazon, Apple, Microsoft, and Google.
more
American Recovery and Reinvestment Act (ARRA)
The American Recovery and Reinvestment Act of 2009 (ARRA) was a law passed by the U.S. Congress in response to the Great Recession of 2008.
more
Index Fund Definition
An index fund is a pooled investment vehicle that passively seeks to replicate the returns of some market indexes.
more
A Guide to Initial Public Offerings (IPOs)
An initial public offering (IPO) refers to the process of offering shares of a private corporation to the public in a new stock issuance.
more
What Is the S&P 600?
The S&P 600 is an index of small-cap stocks managed by Standard & Poor's, comparable to the Russell 2000.
more
What Is Unemployment Insurance (UI)?
Unemployment insurance is a benefit for workers who have lost their jobs and meet certain eligibility requirements.
more