Visa Inc. (V) and Mastercard Incorporated (MA) report earnings this week, with analysts expecting strong results from both financial giants, underpinned by the accelerated transition to digital payment processing as a result of the COVID-19 pandemic. Even so, neither stock has rallied back to its first quarter high because overall transaction volumes have fallen due to Main Street economic uncertainty, driven by high unemployment levels.

These issues have performed better than rival American Express Company (AXP) so far this year, less encumbered by the collapse in business and recreational travel. However, fewer airline tickets, hotel reservations, and restaurant charges are taking a toll on all three operations, which tend to rally during periods of economic expansion and sell off during downturns and recessions. As a result, breakouts to new highs are unlikely until a vaccine is manufactured or the pandemic runs its course.

Wall Street consensus on Visa and Mastercard stocks remains highly bullish, with "Strong Buy" ratings powered by 18 "Buy" recommendations for each issue. Mastercard provided a bullish update on second quarter operating metrics in late June, noting that volume "continues to show an improving trend since the week ending May 28, in part due to the further relaxation of social distancing measures in several markets and the impact of fiscal stimulus in the United States."

A cyclical stock is a stock whose price is affected by macroeconomic or systematic changes in the overall economy. Cyclical stocks are known for following the cycles of an economy through expansion, peak, recession, and recovery. Most cyclical stocks involve companies that sell consumer discretionary items that consumers buy more during a booming economy but spend less on during a recession.

The stock has been engaged in a strong uptrend since 2011, when it broke out above resistance at a split-adjusted $24.30. The uptick carved just two minor pullbacks prior to 2020, with both downturns finding support at the 50-week exponential moving average (EMA). The rally trajectory increased in 2017 and again in 2019, culminating in February 2020's ascent to an all-time high at $214.17. It then fell 80 points into March, coming to rest at a 14-month low.

A Fibonacci grid stretched across the buying impulse that started in December 2018 places the March low at the .786 rally retracement level, which marks a high-odds turning point. The second quarter uptick stalled in June at the .786 selloff retracement, highlighting symmetrical activity that is a common occurrence so far in 2020. Given this price structure, the stock will need to break out above $200 after this week's confessional or risk a decline into the $170s.

The stock broke out to new highs after the 2016 presidential election, entering a strong uptrend that topped out near $225 in October 2018. It fell to an eight-month low in December and turned higher into 2019, breaking out once again in March. The rally paused in July and resumed in October, yielding a final buying wave into February 2020's all-time high at $347.25. It then fell nearly 150 points into March's 14-month low.

The pattern since 2018 is nearly identical to its rival, with a decline into the .786 Fibonacci rally retracement and 200-day EMA, followed by a recovery into the .786 selloff retracement.  Accumulation readings are similar as well, positioned relatively high in the seven-month ranges. As a result, trade setups heading into earnings are the same – i.e., a rally above $316 would favor a 100% retracement into the February high, while a selloff would open the door to the $280s.

Visa and Mastercard report earnings this week, with the odds evenly divided between higher and lower stock prices after the news.

FedEx (FDX) at Hidden Resistance Ahead of Earnings 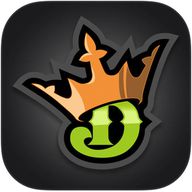 Coca-Cola (KO) Trading at 4-Week High After Mixed Quarter
Partner Links
Related Terms
Rebound
A rebound refers to a recovery from prior negative economic or financial activity. For a security, a rebound means that it has moved higher from a lower price.
more
Economic Cycle: What It Means and 4 Phases of Business Cycles
The economic cycle is the ebb and flow of the economy between times of expansion and contraction.
more
Recession: What Is It and What Causes It
A recession is a significant decline in economic activity that lasts longer than a few months.
more
V-Shaped Recovery: Definition, Characteristics, Examples
A V-shaped recovery refers to a type of economic recession and recovery that resembles a 'V' shape in charting. It involves a sharp rise back to a peak after a sharp decline.
more
U-Shaped Recovery
A U-shaped recovery is a type of economic recovery that experiences a recessionary decline followed by a gradual rise back to its previous peak.
more
What Is a Bull Market, and How Can Investors Benefit From One?
A bull market is a financial market in which prices are rising or are expected to rise.
more