U.S. wages may climb 4.6% in 2023, the fastest increase in 15 years, as employers catch up with accelerating inflation and fight to retain their workers amid a stubbornly tight labor market.


A study published Thursday by Willis Towers Watson Public Limited Company (WTW) that included 1,550 companies across various sectors in the United States showed many companies are willing to resort to layoffs and price increases in order to increase pay and retain top employees.

“As inflation continues to rise and the threat of an economic downturn looms, companies are using a range of measures to support their staff,” Hatti Johansson, research director of reward data intelligence at WTW, said in a news release. “Organizations should prioritize their actions based on the needs of both employers and employees and pay close attention to market data to inform any changes.”

Although the latest inflation reading was the lowest 12-month increase since January, many companies’ salaries still need to catch up to the inflation rate. Some 77% of businesses surveyed said the pay increases were due to inflation. More than two-thirds of companies also said higher wages reflect an increasingly competitive labor market as the jobless rate stays at 3.7%.

Even after hiring freezes and highly-publicized mass layoffs at technology companies, the study shows that 75% of companies are struggling to attract or retain talent, a number that has tripled since 2020.

“It’s not a bellwether of the entire labor market,” Jennifer Lee, an economist at BMO Capital Markets, told Bloomberg, describing the tech job market. “We have to remember that the US job market remains extremely tight.”

Most of the companies surveyed, 70%, said they spent more than expected in the past 12 months, as pay budgets rose by 4.2% in 2022. WTW conducted a study earlier this year that found only a 4.1% predicted increase in 2023 salaries, 0.5% less than the current estimate.

Businesses are trying to find ways to retain workers besides higher pay. Some two-thirds are providing more workplace flexibility and almost half say they are considering improving employee experiences in other ways.

“With attraction and retention issues persisting, employers should consider the overall employee experience and not just salary increases,” said Lesli Jennings, North America leader of work rewards and careers at WTW. “By focusing on health and wellness benefits, workplace flexibility, careers, and DEI, organizations can position themselves as the employer of choice for their current and prospective employees.”

How to Find Unclaimed Retirement Benefits 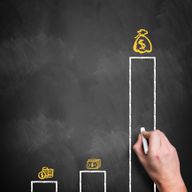 Salary Secrets: What Is the Average Raise Percentage?

How Does a Cost-of-Living Adjustment (COLA) Affect My Salary?
Partner Links
Related Terms
Retention Bonus: Definition and How Retention Pay Works
A retention bonus is a financial incentive offered to a valuable employee to keep the employee on the job during a particularly crucial business cycle.
more
What a Layoff Means, Plus Statistics and an Example
A layoff occurs when an employer suspends or terminates a worker, either temporarily or permanently, for business rather than performance reasons.
more
Minimum Wage
The minimum wage is a legally mandated price floor on hourly wages, below which nonexempt workers may not be offered a job or agree to work.
more
What Is Quiet Quitting—and Is It a Real Trend?
What is quiet quitting? Is it a new trend or just a trendy new name for worker dissatisfaction?
more
Wellness Program
Wellness programs aim to improve employee health through exercise, weight loss, and preventive education. Some offer cash or gift card incentives.
more
What Is Attrition in Business? Meaning, Types, and Benefits
Attrition is the gradual but deliberate reduction in staff as employees retire or resign and are not replaced.
more
Dialog Heading