The recent Morgan Stanley acquisition of E*TRADE is one of the biggest shake-ups in the brokerage industry in recent years. But it’s not exactly a surprise. Mergers and acquisitions are one the key trends shaping the industry at the moment, and they’re likely to continue for the foreseeable future.

Yet a merger of this size can have a significant impact on the industry, and it can affect both clients and advisors.

“Morgan Stanley’s acquisition of E*TRADE reflects the broader trend toward industry consolidation and the attempts we see across many financial institutions to serve the full range of customer segments,” says Jennifer Butler, director of asset management and brokerage research at Corporate Insight.

As part of that trend, companies are looking for ways to increase their range of services while reaching a wider demographic of clients. “The aim here is to provide holistic financial management that gives the organization a full view into clients assets and ensures that money stays within the firm’s ecosystem,” says Butler, noting that 61% of investors surveyed agree that they would like to have all (or nearly all) of their financial accounts with their principal brokerage firm.

What the Merger Means for Advisors

While consolidation may offer more all-inclusive solutions for clients, XY Planning founder Michael Kitces believes the merger is likely to have significant implications for RIA custodial platforms and could lead to the dissolution of E*TRADE’s RIA platform for small firms.

“[The] Morgan Stanley acquisition of E*TRADE and potential loss of E*TRADE Advisor Services as a viable RIA custody competitor puts even MORE pressure on the #Schwabitrade deal,” Kitces said in a series of tweets after the announcement. He also emphasized that there are, “Only a coterie of small-RIA custody options left, and even fewer competitive choices for large RIAs.

This is especially significant since the bulk of the custodial market is made up of only a handful of key players and additional consolidation could lead to fewer choices for RIAs in the future. While Fidelity, Pershing, Charles Schwab, and Ameritrade hold 80% of RIA firm assets, E*TRADE has made a name for itself in the custodial space in recent years, largely due to its acquisition of Trust Company of America in 2017. The merger with Morgan Stanley could change that, narrowing the field of custodians even further.

While the true impact remains to be seen, Kitces believes the merger is the result of the continued effect of last year’s race to zero commissions. As such, it may be just one of a series of continued changes throughout the industry.

The past few months have seen a flurry of mergers and acquisitions for both large firms and small ones. And if these consolidations have taught us anything, it’s that the advisory landscape is undergoing a significant shift. While the Morgan Stanley, E*TRADE merger may be the biggest in recent months, it’s likely not the last. 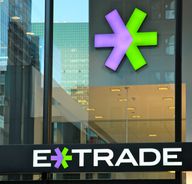 Should You Focus on Crypto in Your Advisory Practice?

Charles Schwab Intelligent Portfolios vs. E*TRADE Core Portfolios
Partner Links
Related Terms
Regulation Best Interest (BI): Definition, Broker Obligations
Regulation Best Interest (BI) is an SEC rule that requires broker-dealers to recommend only products that are in their customers' best interests.
more
Custodian: What It Means in Banking and Finance
A custodian bank is a financial institution that holds customers' securities in electronic or physical form to minimize the risk of theft or loss.
more
Registered Investment Advisor (RIA) Definition
A registered investment advisor (RIA) professionally manages investment portfolios and advises on investment strategies. Learn more about RIAs and whether you need one.
more
Robo-Advisor
A robo-advisor is a type of automated financial advisor that provides algorithm-driven wealth management services with little to no human intervention. Here’s how it works.
more
Investment Bank: What It Is, How It Works, Major Examples
An investment bank is a financial institution that acts as an intermediary in complex corporate transactions such as mergers and acquisitions.
more
What Is a Brokerage Firm? How It Makes Money, and Types
A brokerage firm acts as an intermediary who makes matches between buyers and sellers of stocks, bonds, and other financial assets.
more