Warren Buffett has jumped into the takeover battle for Anadarko Petroleum Corp. (APC), the giant energy company with a market cap of more than $36 billion targeted by rivals Chevron Corp. (CVX) and Occidental Petroleum Corp. (OXY). In an unexpected twist to Occidental's latest takeover bid for Anadarko, Buffett's Berkshire Hathaway Inc. (BRK.A), announced that it would facilitate the acquisition by injecting $10 billion into Occidental. Berkshire's investment is contingent on Occidental becoming the winning bidder over Chevron.

Buffett previously has expressed his "hope for an elephant-sized acquisition" in his most recent annual letter to Berkshire shareholders. With cash of $112 billion at the end of 2018, the proposed infusion into Occidental would be far less than "elephant-sized" for Berkshire, but it would give Berkshire more exposure to the oil sector, where prices have risen. "We are thrilled to have Berkshire Hathaway's financial support of this exciting opportunity," Occidental CEO Vicki Holub stated in a press release on Tuesday. On Sunday, a corporate jet owned by Occidental was in Omaha, the headquarters city of Berkshire, Bloomberg reports.

Key facts related to the deal are outlined in the table below.

More Details on the Deal

Occidental has a stock and cash bid of $76 per share for Anadarko, which closed trading on April 29 at $72.93 per share, per Yahoo Finance. The bid by Occidental effectively values Anadarko at $38.1 billion. Chevron's latest offer, meanwhile, is $33 billion, per CNBC.

“We have long believed that Occidental is uniquely positioned to generate compelling value from Anadarko’s highly complementary asset portfolio," Occidental CEO Holub said in further comments in today's press release. The statement also noted that Anadarko's board on Monday concluded that Occidental's offer amounted to a "superior proposal" for the company.

Occidental has a market cap of about $43.9 billion, versus $230 billion for Chevron. Given this huge disparity in size, enlisting the aid of a deep-pocketed ally such as Berkshire, which has a market cap of $530 billion, probably is essential for Occidental to become the winning bidder. Buffett and his team at Berkshire apparently believe that Occidental can achieve significant operational synergies by adding Anadarko's properties.

Adding to the plot, Berkshire owns the largest interstate natural gas pipeline company in the U.S., Northern Natural Gas. It is widely expected that, after acquiring Anadarko, Occidental would divest between $10 billion and $15 billion of assets. This may include a stake held by Anadarko in pipeline company Western Midstream Partners LP (WES), per research by Tudor Pickering Holt & Co. cited by Bloomberg.

As outlined above, Berkshire would earn a lush payout from the deal: preferred stock dividends of $800 million annually in return for its $10 billion investment in Occidental. Despite Buffett's announcement, Occidental shares fell initially. Some analysts have downgraded Occidental in the wake of its bid, concerned that the size of the deal would pose significant risks. 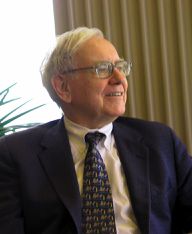 The Art of The Deal By Virtuoso Warren Buffett

Inside the Berkshire Hathaway Annual Meeting

Who Is Charlie Munger?
Charlie Munger is Vice Chair and second-in-command to Warren Buffett, the legendary investor who chairs the $355-billion conglomerate, Berkshire Hathaway.
more
The Difference Between Berkshire Hathaway's Class A and Class B Shares
Share price is the primary difference between Berkshire Hathaway's Class A stock and Class B stock, but there are other distinctions such as convertibility.
more
Value Investing: How to Invest Like Warren Buffett
Value investors like Warren Buffett select undervalued stocks trading at less than their intrinsic book value that have long-term potential.
more
Mutual Fund Definition
A mutual fund is a type of investment vehicle consisting of a portfolio of stocks, bonds, or other securities, which is overseen by a professional money manager.
more
What Is Saudi Aramco?
The oil giant is the world's most profitable company, eclipsing even tech giants like Apple and Alphabet.
more
Short Selling
Short selling occurs when an investor borrows a security, sells it on the open market, and expects to buy it back later for less money.
more