The decision by the Federal Reserve on Wednesday to cut interest rates a quarter-percentage point - and perhaps more later this year - may not be enough to offset the negative effects of an earnings recession and the unresolved U.S.-China trade war on stock prices. Some bullish strategists have forecast that S&P 500 profits would rise in 2Q and thus avoid an earnings recession, which typically is defined as two consecutive quarters of year-over-year declines in EPS for the S&P 500. But that optimism may be unfounded. As of Tuesday, 2Q earnings have fallen by 1.9%, based on reports from 59% of the S&P 500 companies, MarketWatch says. That would be on top of the 0.3% drop in earnings in1Q 2019.

That slowdown reflects weakness in U.S. and global growth. The economy's problem "isn’t that rates are too high,” as Liz Ann Sonders, chief investment strategist at Charles Schwab Corp., told the Wall Street Journal. “What ails us is a global manufacturing recession and business confidence being severely dented by a trade war.”

Before the 2Q 2019 reporting season began, the consensus estimate among analysts called for a 3.0% profit decline, the Journal notes. If the final numbers for 2Q 2019 do indeed add up to a YOY drop in earnings, this would be the first earnings recession since 2Q 2016.

Going into an earnings reporting season, the consensus EPS growth estimate for the S&P 500 historically ends up being 3.7 percentage points too low, according to John Butters, a senior analyst at FactSet, MW notes. Thus, there were widespread hopes, based on history, that the 3.0% EPS decline being forecasted for 2Q 2019 would turn into an increase of about 0.7%, once all the numbers were in. However, given that a majority of S&P 500 companies have reported a collective 2Q 2019 YOY earnings decline so far, those hopes are diminishing rapidly.

The biggest factor behind declining earnings in 2Q 2019 is weak international sales by S&P 500 companies, partly the result of trade conflicts that the U.S. has with both China and the European Union (EU), according to Butters. S&P 500 companies that derive more than half their revenues from inside the U.S. are enjoying a collective YOY EPS increase of 3.2%, while those that record a majority of their sales internationally are posting a 13.6% drop, per his analysis of those reporting 2Q 2019 results so far.

Meanwhile, resolution of these trade conflicts are nowhere in sight. “We could see a situation arise where additional tariffs are forthcoming as President Trump tries to ratchet up the pressure on China,” Michael Stritch, chief investment officer (CIO) of BMO Wealth Management, told The Wall Street Journal.

"China is doing very badly, worst year in 27 - was supposed to start buying our agricultural product now - no signs that they are doing so. That is the problem with China, they just don’t come through," President Trump tweeted on July 30. "My team is negotiating with them now, but they always change the deal in the end to their benefit," he added.

The current consensus estimate for 3Q 2019 is calling for aggregate S&P 500 EPS to fall by 2.1% on a YOY basis, MW reports. At the start of the 2Q 2019 reporting season, the forecasted 3Q decline was 1.1%, indicating that disappointing 2Q results are driving increased pessimism about the future.

However, the situation remains very much in flux. At the end of the day on July 29, 2Q 2019 results had been reported by 225 S&P 500 companies, or 45%, and their earnings were up by 0.5% YOY on average, per FactSet data cited in another Journal article. Additionally, 179 of those 225 companies, or 80%, had delivered positive earnings surprises, beating the estimates. Just a day later, as detailed above, reports from 73 more companies had swung the aggregate to the negative. Until all reports are in, it may be premature to decide whether an earnings recession really has arrived.

How the Trade War is Stifling Capex and Margins

5 Trends To Watch For in 3Q Earnings 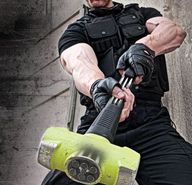 How 2Q Guidance Could Hammer The Bull Market

Why Second Quarter Earnings Aren't As Dismal As They Look 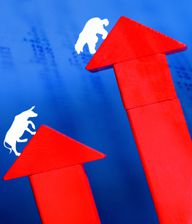 How Bearish Corporate Earnings Are Broadening the Bull Market Rally
Partner Links
Related Terms
Tariff War Definition
A tariff war is an economic battle between countries where they levy additional taxes on each other's exports.
more
Recession: What Is It and What Causes It
A recession is a significant decline in economic activity that lasts longer than a few months.
more
Rebound
A rebound refers to a recovery from prior negative economic or financial activity. For a security, a rebound means that it has moved higher from a lower price.
more
Double-Dip Recession
A double-dip recession is when a gross domestic product (GDP) growth slides back to negative after a quarter or two of positive growth.
more
Recession Proof
Recession proof is a term used to describe an asset, company, industry, or other entity that is believed to be economically resistant to the effects of a recession.
more
Gross Domestic Product (GDP): Formula and How to Use It
Gross domestic product is the monetary value of all finished goods and services made within a country during a specific period.
more